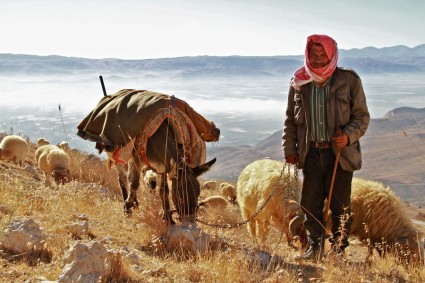 Every now and then, we hear about Israeli soldiers, or even a commando force, infiltrating Lebanese soil to kidnap a shepherd and then releasing him few days later. I don’t know what is their deal with shepherds and whether some of them are truly spying for Hezbollah, but until now all shepherds were released and sent back to Lebanon.

Here are some of the kidnappings that took place since 2010:

July 8, 2013: A 15-member Israeli commando force on Monday crossed the border of the occupied Shebaa Farms and abducted Lebanese shepherd Youssef Hussein Rhayyel who hailed from the town of Shebaa. [Source]

May 2, 2013: Israelis Attempted to kidnap another Lebanese shepherd. [Source]

June 27, 2010: Israeli forces have kidnapped a shepherd on Lebanese territory and have reportedly taken him to the Israeli occupied Shebaa Farms. [Source]