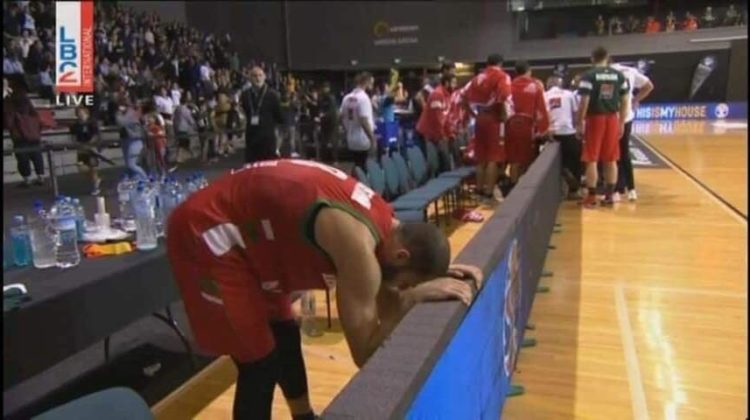 A perfect first quarter seemed to put us on track for an excellent win against the Tall Blacks, but the Lebanese players melted in the heat down under and succumbed to 25 offensive rebounds by New Zealand and their last-minute recruit Corey Webster, to lose 63-60 in the dying minutes of a match they had their grasp firmly on.

Contrary to last week’s encounter against China, during which we played catch up for most of the time, it was New Zealand who had to deal with this scenario today, facing a brilliant Lebanese trio composed of Elie Rustom, Ater Majok and Rodrigue Akl. But untimely turnovers and a focus on an outside game, when it was obvious things were not working from that distance (14% of 3 points in), prompted the comeback of the hosts while chaos reigned among our divisions, unable to think clearly and infiltrate one more time the New Zealand defense.

This time around, Ali Haidar and Ahmad Ibrahim, the stars against China, were not in the game. Amir Saoud was sidelined with injury, and Nadim Souaid, whom we hoped would come back with the team today, wasn’t seemingly ready enough. Daniel Fares, once again brilliant when it mattered, inexplicably remained in the shadow of Charles Tabet and on the bench for most of the match.

Even when we got a defensive rebound, we rarely were able to translate the fast-breaks (we’re so bad at as usual) into meaningful points. The ending was a heartbreak, with 3 points slipping through our fingers, which would have seen us on top of the Group E and most certainly qualified for the FIBA 2019 WC.

Nevertheless, we still have a fantastic shot at it, lying in a great second place.  With 4 games to go, we should not rest on our laurels:

In 2 months’ time, we return to play against South Korea. A win would boost our qualification hopes big time regardless of the other results in the group, with the hope of the main actors of our team to recover by then (Jean Abdel Nour, Wael Arakji, Nadim Souaid, Bassel Bawji, Amir Saoud).

Although qualifying on our grounds would be an extremely welcome and amazing feeling, we’d rather finish things as early as November, to avoid the stress we felt at the Nouhad Nawfal stadium last week, which this time, could be even worse.