I thought that now that school is out we’d have less traffic but it turned out to be exactly the opposite! People drive like crazy, everyone thinks they own the road, policemen do not respect the laws they are supposed to uphold… It’s crazy!! I am seriously dreading driving anywhere… There’s traffic all the time!!

It took me 30 minutes from City Mall to the Marina on the seaside road… I thought I’d play it smart and take a shortcut under the bridge in Antelias and next to the line of new restaurants because it’s usually smooth around 6 or 7 pm but I was really mistaken.

A couple of things I witnessed: 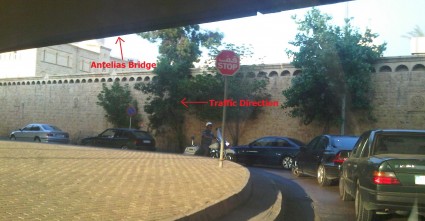 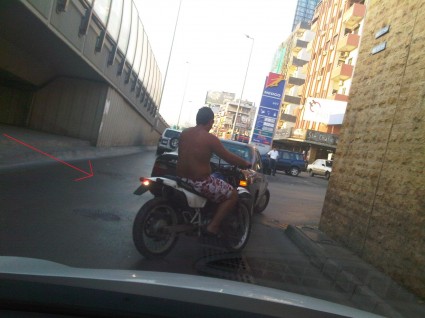 This guy on a motocross jumps in front of my car from under the bridge! He doesn’t even use the road… No license plate, no helmet, no shirt… 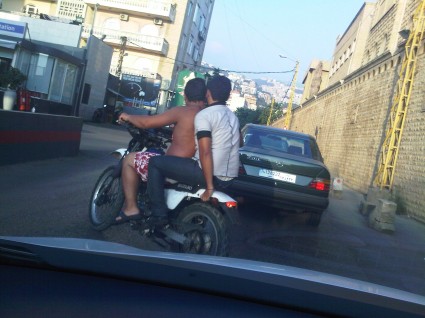 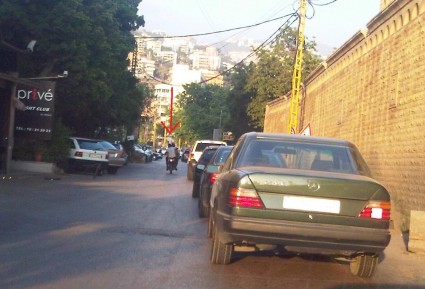 Right before getting to the Antelias crossing next to Saniour a BMW X5 with diplomatic license plates passes everyone goes the wrong way. 0 respect… 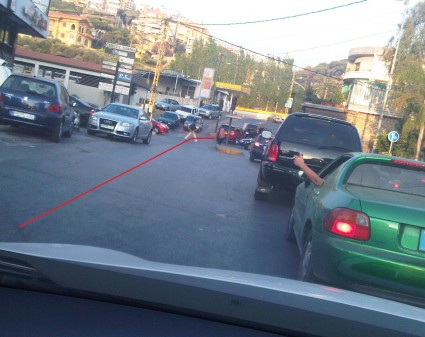 More traffic going up to Rabieh from Antelias. The woman in the Jeep Cherokee thinks that her time is more valuable than everyone elses and decides to overtake traffic. Then a taxi driver from the Star Taxi company decides to overtake everyone including the white Jeep! 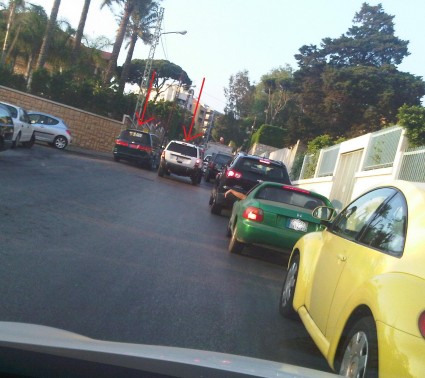 I even saw a policeman not wearing his seatbelt and talking on the phone while driving! No pic, sorry.

We Lebanese might know how to drive but that does not mean we know the laws. I remember when I moved to Qatar for work, I had to take a driver’s exam to get my license. There were Lebanese guys who had been driving for more than 20 years in Lebanon who failed the test on multiple occasions. They were so cocky that they were saying “Ana edross la fa7ss swe2a?? sarle 20 sene bsou2 jeyin yi3almounii??”. Then they went and failed. Turning the wheel of a car or changing gears does not mean you know the laws of the road.
But you can’t really blame the people: the roads are unmarked, not lit at night, unsafe to drive on, cops do not respect the laws that they are supposed to uphold, no respect for traffic lights… the entire system should be reorganized

I hate driving in Lebanon…