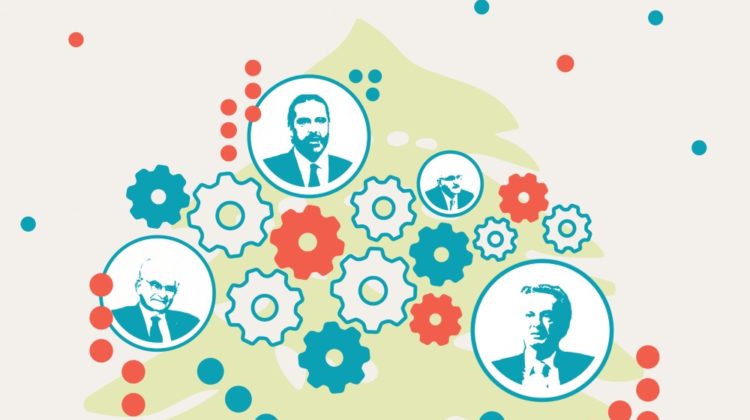 A highly recommended read for those interesting in understanding the financial “Ponzi scheme” that brought Lebanon’s economy to brink of collapse, and how suggestions on how to build a more productive and sustainable Lebanese economic model.

Here’s an excerpt from the summary:

The BDL is no longer able to produce the estimated $4 billion annual interest it owes to the commercial banks on their $60 billion of deposits. As for the state, public coffers are unable to service the mushrooming public debt of some $86 billion, now third worst in the world relative to GDP. Lebanon cannot rely on economic growth to solve the problem, given that the economy—a relatively meagre $55 billion—was expected to contract by 0.2% in 2019, a prediction made well before the October 2019 uprising. Most analysts expect the coming recession in Lebanon to be severe, as typically, economies which experience a debt, currency, and banking crises all at once contract about 8% before they recover.

To stave off some of the pain, Lebanon will need to make some tough choices to regain the confidence of its people and the markets. For one, a progressive haircut is required—a mechanism to force those who benefited from Lebanon’s regulated Ponzi scheme to foot some of the bill. A partial and managed float of the Lira will also help reduce local currency debt obligations and bring back some logic to the exchange rate. Longer term, a political transition away from narrow sectarian politics towards a civil state is the only solution which can viably produce the confidence, financial stimulus, international support, and political will to rebuild Lebanon’s decrepit infrastructure and capitalise on its few resources. These resources include human capital—one of the country’s few added-value exports—its geographic position as a transport and logistics hub, as well as a destination for green and sustainable tourism. Talk of petrodollars substituting for artificially constructed interest rates should be forgotten until Lebanon can prove it is able to avoid the rampant corruption and crowding out the entry of such a sector is likely to bring.