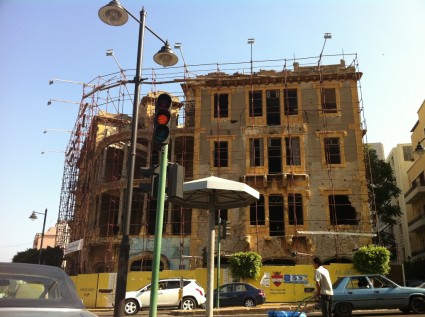 The municipality of Beirut has initiated a project back in April 2010 to renovate that old house and turn it into a museum and an urban cultural center. [Link]

The house was a strategic spot for snipers during the 1975-1990 civil war.

I am all for restoring old buildings but looking at the state of that building and the amount of time and money it’s gonna take to fix it, I’d rather they destroy it and rebuild it.