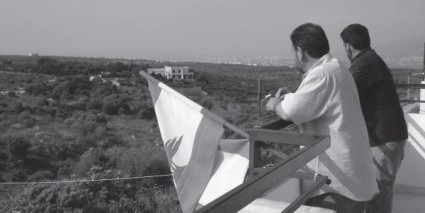 “Chou Sar?” is a movie directed by De Gaulle Eid depicting the massacre of his family that he witnessed during the civil war in his hometown in Edbel, North of Lebanon back in 1980.

The movie was banned by the ISF for inciting sectarianism.

I guess we can add that movie to the list of movies and shows banned in Lebanon. I think it is the first Lebanese movie to be banned.