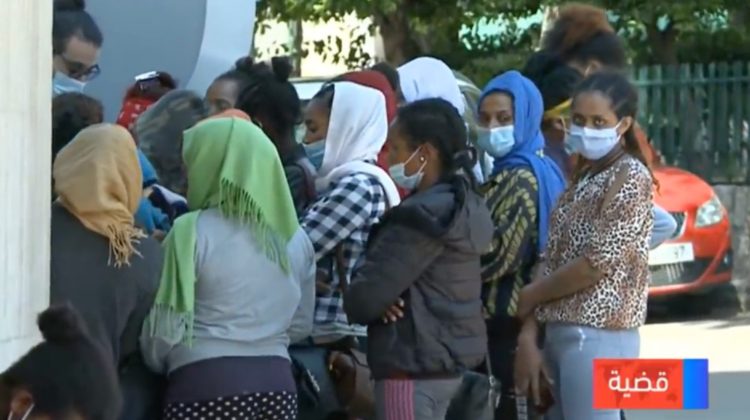 Over 100 Ethiopian domestic workers are sleeping outside the Ethiopian Embassy in Hazmieh after their employers became unable to pay their wages in dollars. In addition to that, the Ethiopian authorities did not take any actions to manage this mess and cited a lack of mandatory quarantine space in Addis Ababa.

As a result, they’re sleeping out on the street with no money and no idea on what to do next. Neither their employers nor thee companies that recruited them are helping, while the Lebanese Minister of labor tweeted yesterday night that they managed to get a hotel to host the workers and will take the necessary measures against their employers, which is a good move.

This is yet another proof that Kafala is a modern-day slavery system that needs to be abolished immediately. Every Lebanese can do his part by refusing to get helpers through the Kafala system and hire workers instead on an hourly basis.