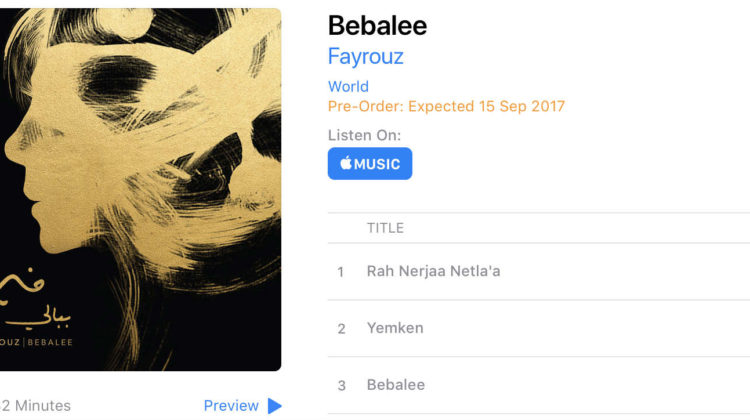 The iconic Lebanese singer Fairouz is releasing a new album on September 22! The new album entitled ‘Bebalee” will feature 10 songs, and you can already listen to one of the song “Lameen” on Anghami and Apple Music.

“Lameen” is based on the original work “Pour qui veille l’étoile” written by Pierre Delanoë and composed by Louis Amade and Gilbert Bécaud, the work is arranged by Steve Sidwell and lyrics adapted by Reema Rahbany. The album is produced by Fairouz’s daughter Reema Rahbany.