To commemorate the Lebanese civil war, the two opposing political camps in Lebanon â€“ March 8 and March 14 â€” chose this year to remember this day in a friendly football game in a show of solidarity. 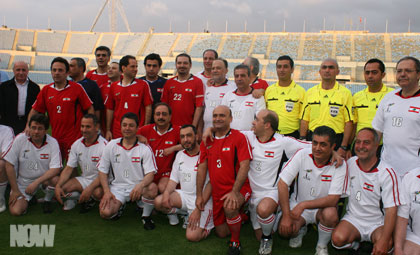 The game was hilarious to watch, and at the end Sami Gemayel scored two goals for the red team beating the white team 2-0.

Here’s a picture of our Prime minister Saad Hariri dribbling the ball. (Taken from Al-Akhbar) 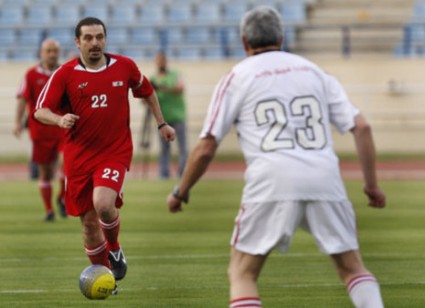 And the two goals scored by Sami Gemayel.