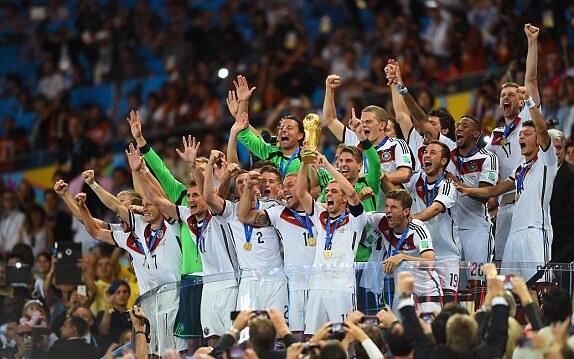 At last Germany got its much deserved fourth title!! The final was a very close game and Argentina played very well but wasted a couple of golden chances. Bastian played superbly and neutralized Messi the whole game and should have been named the man of the match in my opinion. Manuel Neuer won the golden glove while Messi surprisingly was named the best player of the tournament.

In all cases, I’ve been waiting for this moment for a long time and will brag about it for the next 4 years probably lol! What makes this win so special is that Germany humiliated World Cup hosts Brazil and defeated Argentina to become the first European team to ever win a World Cup played in the Americas.

I can’t wait to get my hands on the 4 stars jersey now!