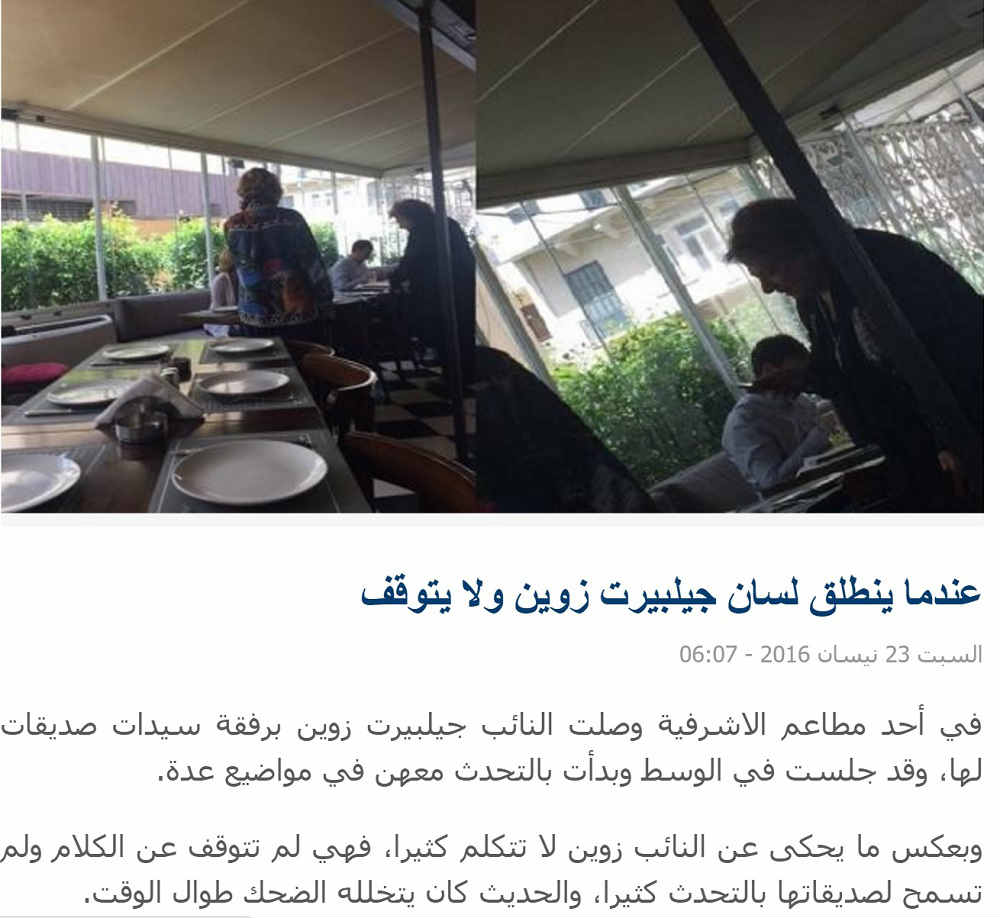 Gilberte Zouein apparently likes to talk a lot when she’s out with her friends. It seems politics is not really her thing so she’d rather not get involved, even though she’s an elected Member of Parliament (makes sense?).

I think it’s quite pathetic that MPs are still getting paid even though they renewed their terms twice illegally and unconstitutionally and aren’t really doing anything for the country. From 2008 till 2014, Lebanese have paid in tax money their MPs over 400 billion Lebanese Liras ($266 Million Dollars).

In any functional democracy, MPs should have resigned by now and early elections would have taken place. Let’s hope municipal elections this year will pave the way for more accountability and transparency.