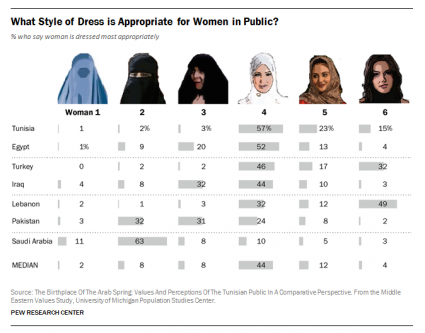 The majority of people in seven predominantly Muslim countries prefer women to completely cover their hair, and not necessarily their face, in public according to a recent survey conducted by the University of Michigan’s Institute for Social Research.

According to this study, woman #6 who was without any headscarf, was chosen by 49% of respondents in Lebanon. Second most popular choice was woman #4.

I don’t know why buzzfeed chose to display this specific finding only as the original study is a more thorough and interesting one. In fact, it’s a comparative study between the Tunisian Citizens and 6 other different countries in regards to Gender Relations, Social Individualism, Secular Politics, Form of Government, People’s Wishes Versus the Shari’a , National Identity and National Pride, Concerns with Western Culture and Conspiracy, Religious Tolerance, Mosque Attendance, Likeability of and Attitudes toward Violence against Americans.

Here are additional findings related to Lebanon:
– Only 35% of Lebanese are proud of being citizens of Lebanon.
– 69% of Lebanese reported love as being an important basis for marriage (Against 7% in Pakistan).
– 44% disagree or strongly disagree that men make better political leaders than women.
– 50% of Lebanese like Americans as neighbors.
– Only 19% of Lebanese think it’s good that the army rules.
– 73% of Lebanese think life is unpredictable and dangerous in Lebanon. 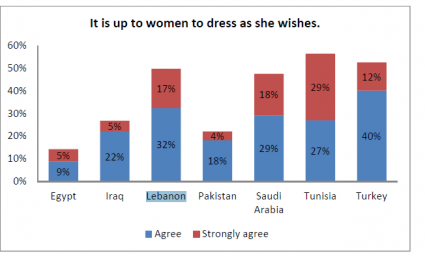 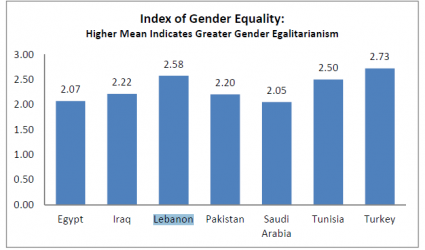 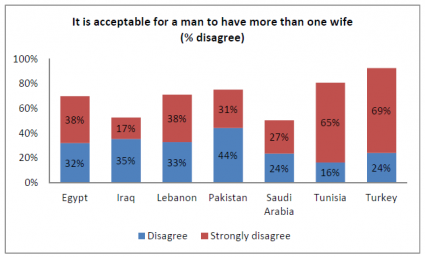 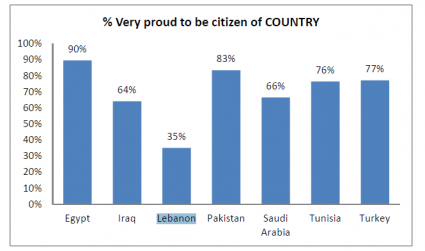 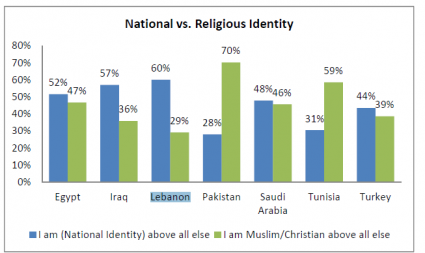 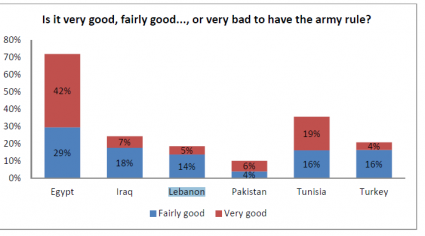 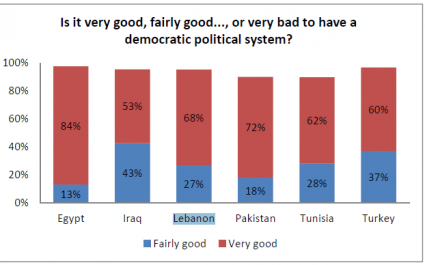 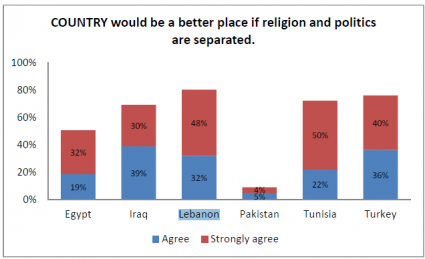 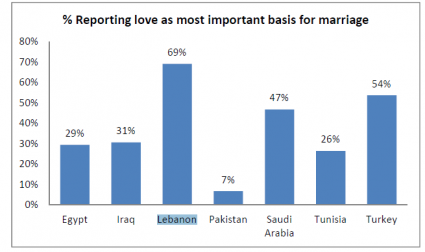 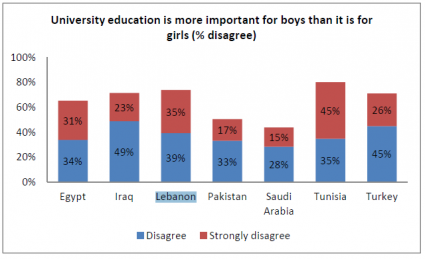 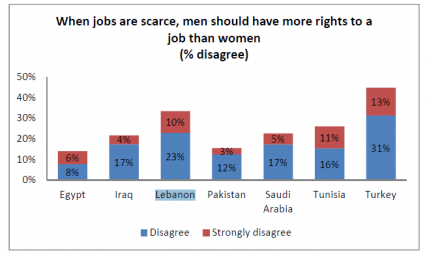 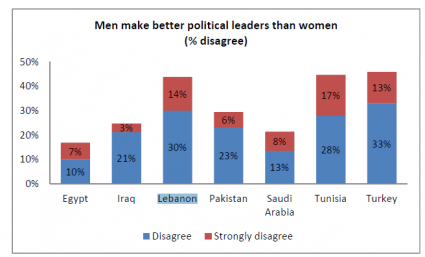 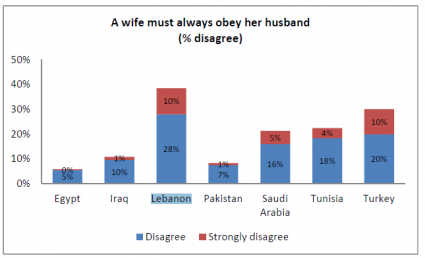 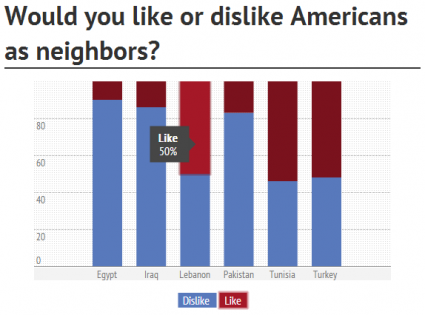