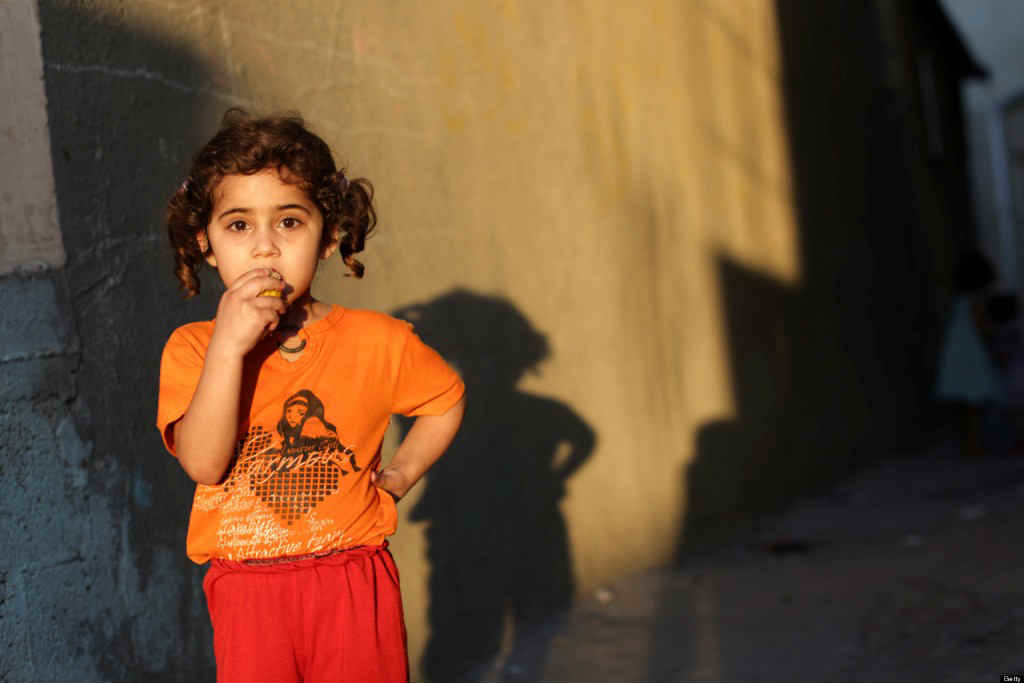 There’s no arguing that killing children is wrong and that Israel is committing horrendous war crimes against the Palestinian people in Gaza, but I don’t understand how sharing pictures of slaughtered babies, a child without a head, or a toddler’s body torn to pieces on your Facebook or Twitter pages is helping. Journalists and TVs may be eligible to show pictures after warning their viewers, but I don’t see why a random person would pick the most gruesome picture and share it on his Facebook wall or on Twitter and use popular hashtags for everyone to see.

How are these pictures actually helping the Palestinians in Gaza? Would it change the way I feel if I see a headless infant? Would I be less angered by the fact that 300 innocent children died if I didn’t see their dead bodies? We’ve been seeing gruesome pictures from Syria for the past 4 years now yet nothing has changed. In fact, it has gotten even worse now and the crimes the Islamic State is committing in Iraq are not better. Showing corpses on your page will not lead to a ceasefire nor achieve peace and you don’t need to share them all over the place to show that you care. What’s even worse is when people google random dead bodies on the internet and share them on Facebook and tag Gaza or Syria. I’ve seen at least 3 or 4 gruesome pictures that had nothing to do with Gaza but involved dead children. Do you realize how disrespectful this is for the victim and his family?

This being said, I urge everyone to think twice before publishing such pictures on their public profiles, specially without checking the sources, and to respect the dead and their families and take into consideration the feelings of others and how these pictures might affect their friends and family members if they see them. I personally don’t mind looking at any picture, but I refrain from posting or sharing them and when I do, I just link to the video or picture and issue a warning.