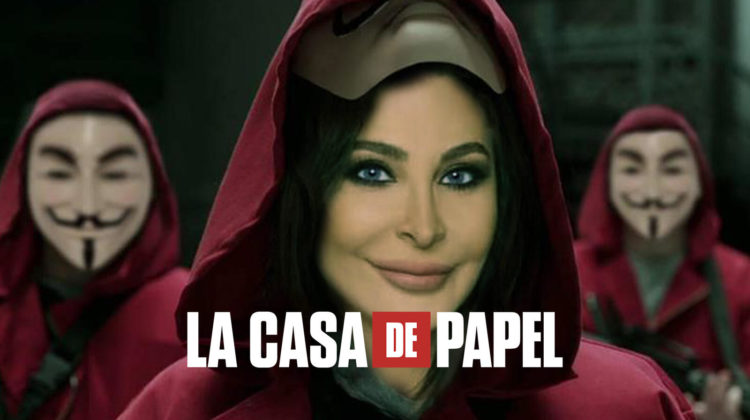 Will Elissa joined Money Heist as “Beirut” in Season 4?

The answer is most probably not, but the fact that both Netflix and the series’ official handles tweeted back at Elissa welcoming her as “Beirut” raised eyebrows across social media channels. Money Heist (Spanish: La casa de papel) is a popular Spanish series on Netflix with three seasons already out and a potential fourth season to be released in September 2020.

I’ve never seen Elissa act and the whole thing looks like a publicity stunt. However, while it makes sense for Netflix MENA to tweet back, I find it weird that Casa Del Papel replied back as well. Who knows? Maybe she did get a minor role in the fourth season 🙄 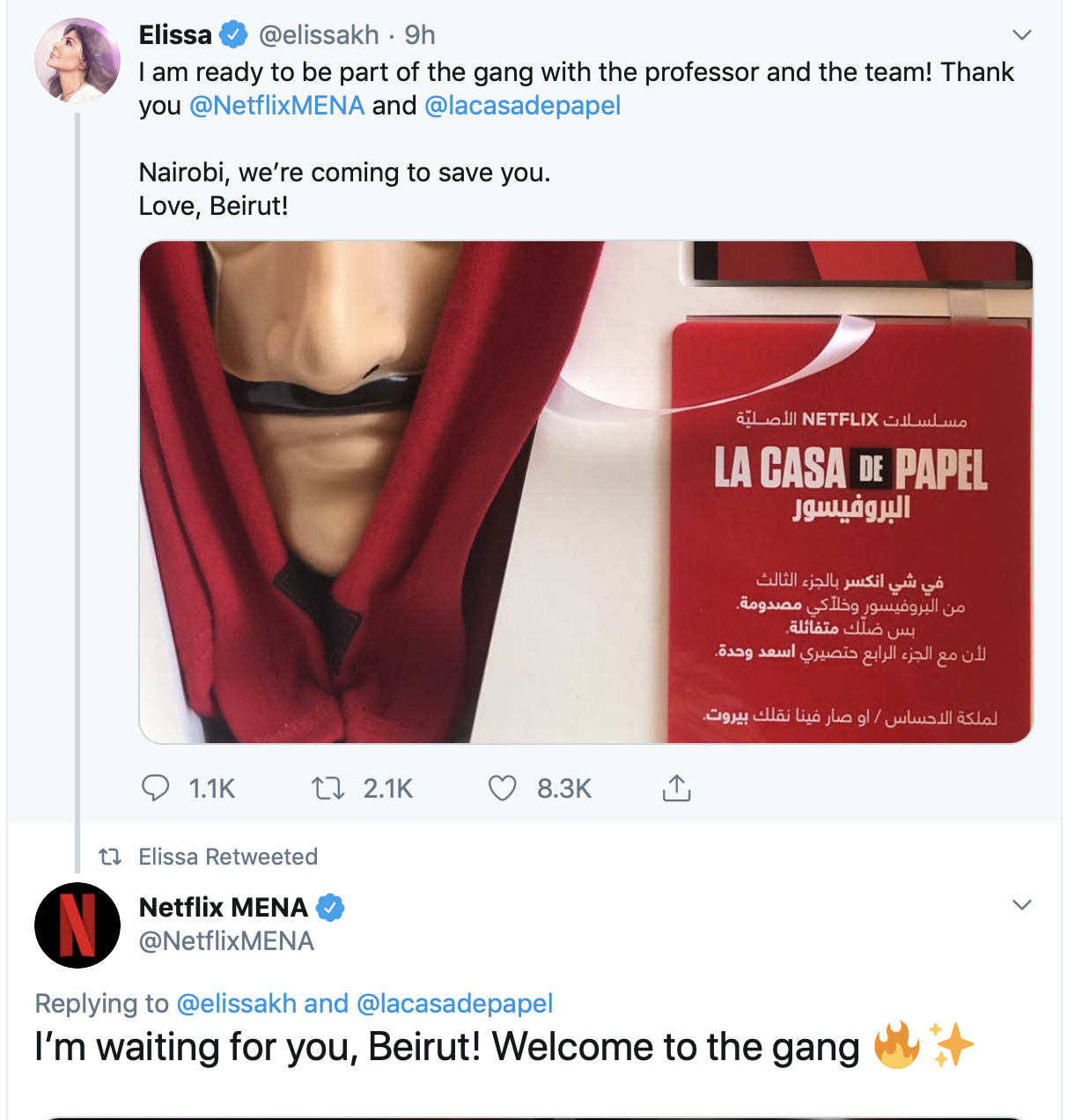