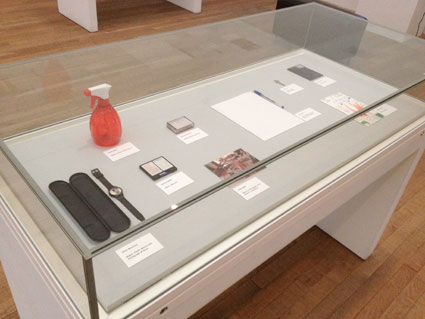 I was in London last week when I decided to pass by the very popular Tate Modern Museum of Art. I’m not a big fan of museums but I went there hoping to see if the installation for the Chinese artist Ai Weiwei was still on display. The original installation was removed but they had a smaller version in one of the rooms upstairs which was still cool to see. After leaving that room and I was wondering around slightly bored when suddenly I spotted a black plastic watch with a picture of General Aoun on display. I froze and was like WTF? And then I looked at the tag underneath it and read Omar Boustany which is a friend of mine and I just cracked up. If you knew my friend you would understand why it was funny to see his name under this object but I was still bewildered to what my friend and this General Aoun watch were doing at Tate. 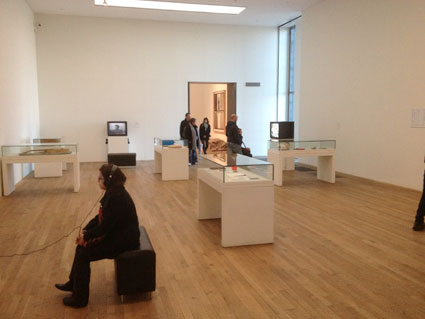 Turns out I walked into a room where Lebanese artist Lamia Joreige was exhibiting her work on the Lebanese war and “how memory and trauma can be embodied in personal objects”. Walking around the exhibit I saw various objects ranging from obvious war related ones like radios, flash lights and empty plastic gallons to more personal items like a book or a key. It was pretty interesting to check out. 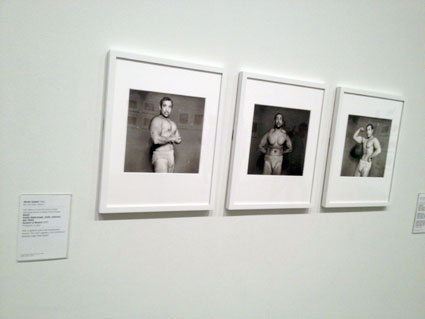 I left the room and continued walking around the gallery when I spotted some interesting black and white photos on the room. The one that grabbed my attention specifically was of “abou 3adal”. So I checked the description on the wall and it turned out to be a room full of photos by a Lebanese photographer called Hashem el Madani. Hashem was a studio portrait photographer who began working in Saida back in 1948. The photos were chosen and taken from his studio by Lebanese artist Akram Zaatari. There were some really great shots which you could check out on the Tate website [Here] 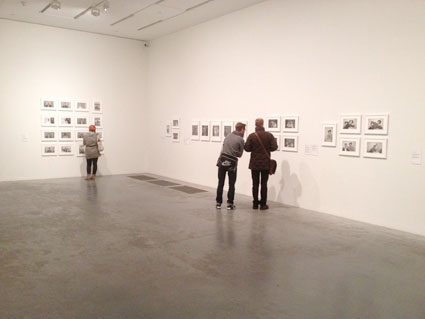