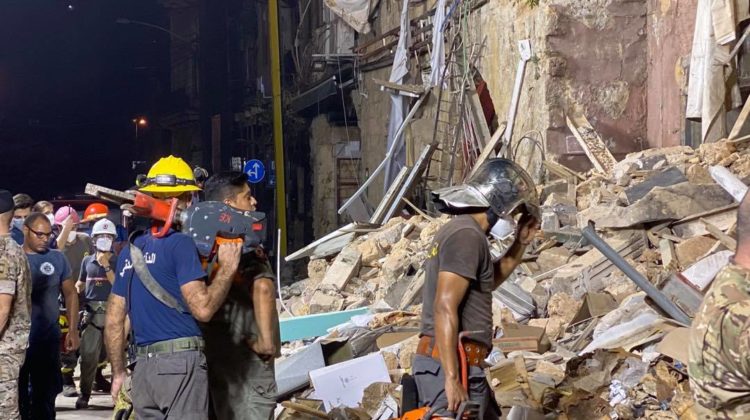 I am writing this post while rescue efforts are still underway in Mar Mikhael. Lebanese are holding their breaths in hopes of a miracle as a heartbeat was apparently felt from under the rubble (potentially a child).
Hopes are slim, but people are in the streets since the afternoon to make sure rescue efforts are not suspended for any reason, especially after the Lebanese Army wanted to stop the search until 8 am the next day citing “safety risk”, and the need for a crane.

All the concerned ministries, Beirut Municipality, the security forces, Beirut MPs , and all the governmental institutions are unable to secure a crane to help find a missing person, and decided it would be better to resume work the next day.

Not a single politician or official, except Melhem Khalaf, went down to follow up on the rescue efforts. They did not even bother speak out or tweet or post anything related to it last night.

If that’s not incompetence, if that’s not criminal negligence and corruption, I don’t know what is!