Edward Maalouf is a Lebanese professional athlete and the winner of 2 Bronze medals at the Paralympic Games in Beijing back in 2008. He’s been competing in races for more than 10 years without any financial or official support from the Lebanese authorities. He has won the Hand-cycle Marathon in New York back in 2006, the silver medal in the Disability Cycling World Championships in Bordeaux, the Beirut Marathon in 2012 and has participated in the 2012 Paralympics in London but failed to win any medals.

I’ve been following Maalouf’s successes for years and always wondered how he managed to achieve all that with so little support and a limited budget. Of course you’d expect a successful athlete like him to get substantial support from the Lebanese authorities specially after winning 2 medals for Lebanon at the Paralympic Games in Beijing back in 2008 but that’s not the case unfortunately as Maalouf has been struggling financially year after year and cutting back on everything to compete in international tournaments.

This being said, Maalouf is still determined to achieve his dream and win a gold for Lebanon at the Rio De Janeiro 2016 Paralympics but he cannot do it without the help of a professional coach, a professional nutritionist and without the proper equipment. That’s why he’s seeking the help of all the Lebanese who believe in him by crowdfunding his way to the next Paralympics games in Brazil.

The amount needed is $90,000 for the next 3 years and is easily achievable if this campaign goes viral so let’s spread the word and show Edward our support because he truly deserves it.

For the individuals interested in helping Maalouf, you can donate [Here]. For the companies interested in sponsoring this campaign, there are packages that you can check [Here]. 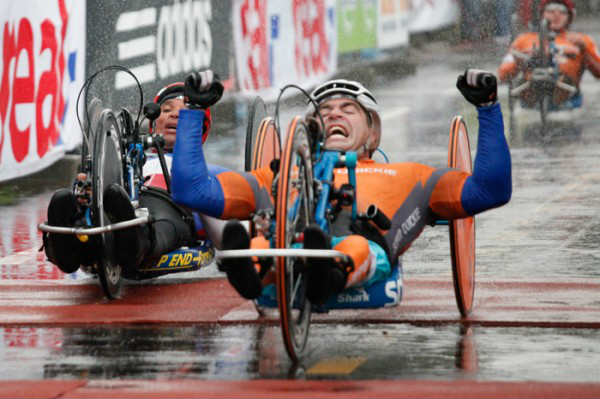