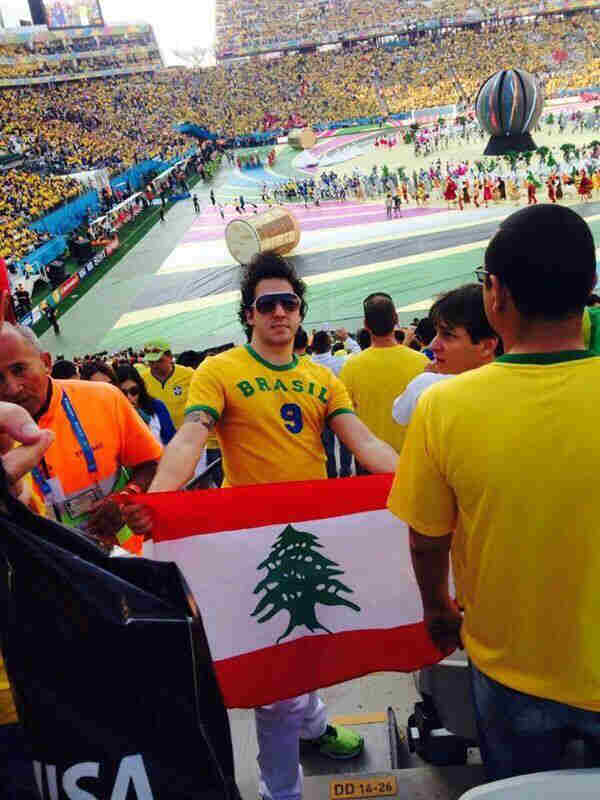 There’s another picture circulating with the same guy holding the Amal party flag. I don’t know if it’s a photoshopped one but I will stick to that one. Speaking of the ceremony, I didn’t like it much to be honest and the first game that followed was a huge disappointment, as Brazil sucked and the referee was the uncontested man of the match, specially with that outrageous penalty he gave to Brazil.