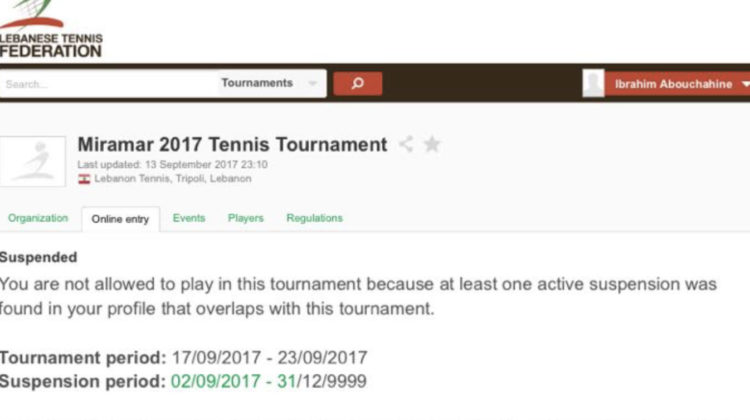 Lebanese tennis champion Ibrahim Bou Chahine has been banned apparently till the year 9999 according to the above screen taken from Ibrahim’s profile on the Lebanese Tennis Federation website. From what I read, Bou Chahine was playing with Giovani Samaha in the Mens’ Double at the most recent Collina tournament when they withdrew from the game following an argument with the referee and the opposing team.

This has apparently led to his ban but something doesn’t really add up to be honest. What’s the point of banning someone till the year 9999? I say it’s probably a glitch on the website or maybe someone is trying to mess with this guy. In fact, I was just reading an hour ago that the ban got lifted and the player was quoted saying that it was a personal issue.

All in all, it’s good to know there are so many tennis tournaments in Lebanon. I had no clue the sport was still that popular.