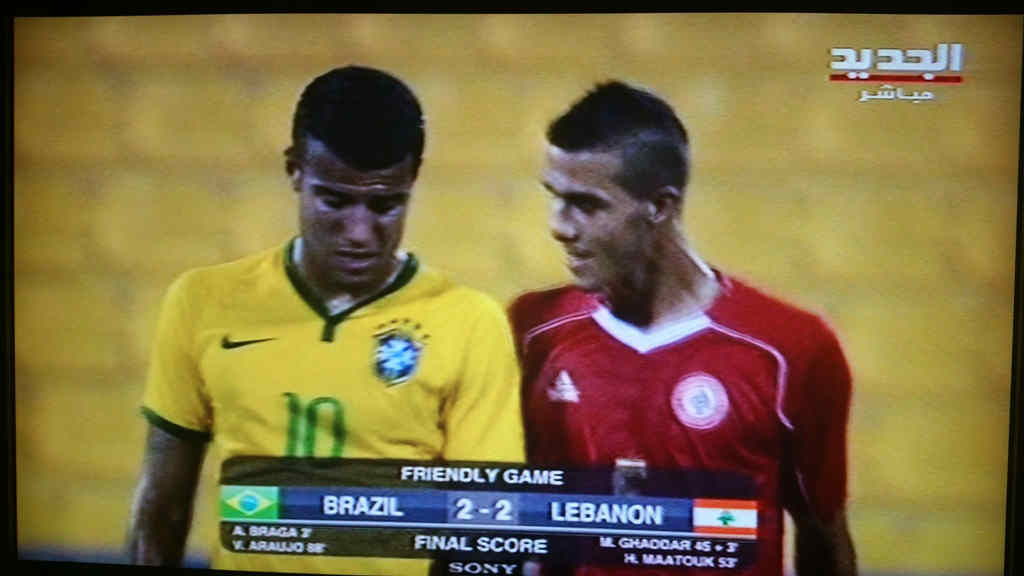 Lebanon played a friendly game against Brazil’s Olympic team in Qatar tonight and almost beat the Brazilian side. The Brazilians were the first to score but the Lebanese team managed to score twice afterwards and could have easily won the game if it wasn’t for Brazil’s late equalizer (which was an offside by the way). I know that this is not the official Brazilian team, but it’s still a huge achievement for the Lebanese team.

I will share a video of the goals scored as soon as they are out. 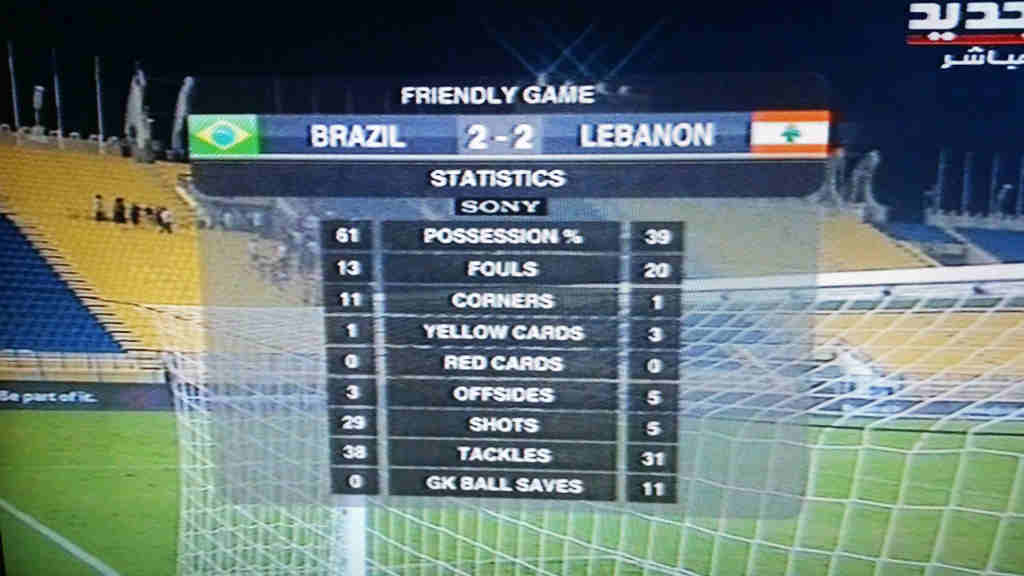