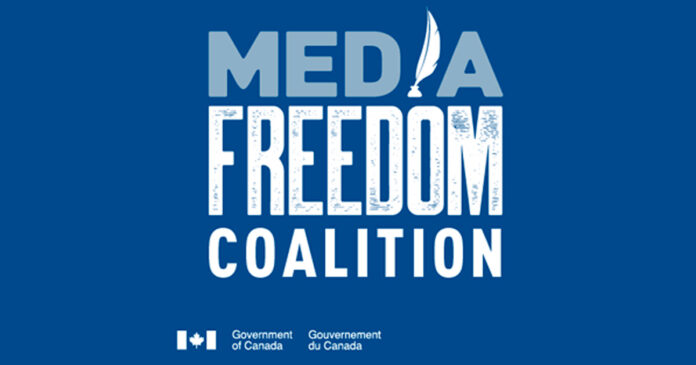 Maharat reported earlier today the below:

“It was drawn to the attention of “Maharat Foundation” that Lebanon did not sign the final statement of the ministerial meeting of the 2020 Global Conference for Media Freedom, which was hosted online on November 16, 2020 by Canada and Botswana. 36 out of 37 member states of the “Media Freedom Coalition” signed the statement. Lebanon, a state member of this coalition, did not. Lebanon was present at the ministerial meeting represented by the Minister of Foreign Affairs in the caretaker government, Charbel Wehbe. Thus, Lebanon was the only country in the coalition that did not sign the final STATEMENT.”

By doing so, Lebanon is the only member country not to sign the statement, which calls on ” coalition members to work together to advocate for and support media freedom, online as well as offline, ensure the safety of journalists and media workers, and end impunity.”

When Minister Wehbe was asked why Lebanon did not sign it, that was his response:

Someone pointed out that the below except might be the reason why Lebanon didn’t sign, which is pathetic to say the least. Shame on this minister, on this government and the Lebanese state for proving to the world how backwards they are!

Maharat Foundation has called on the Lebanese Foreign Ministry to clarify the reason why Lebanon did not sign the statement and whether it bears an underlying political decision not to support and enhance freedom of the media at a critical stage of the democratic transition that requires strengthening the role of free media in ensuring accountability. Let’s wait and see if he has a legit answer, or he’ll be tweeting more B.S.

“We therefore recognized the importance of representation in the media of groups that have often themselves been the subject of multiple and intersecting forms of discrimination and other human rights violations and abuses, including members of racial, ethnic and religious minorities; persons with disabilities; and lesbian, gay bisexual, transgender and intersex (LGBTI) persons.”

See Also:COVID-19: Five Scenarios You MUST Avoid To Prevent The Spread!
Posted By Najib
Categories CRITIQUES,OPINIONS,OPINIONS/CRITIQUES