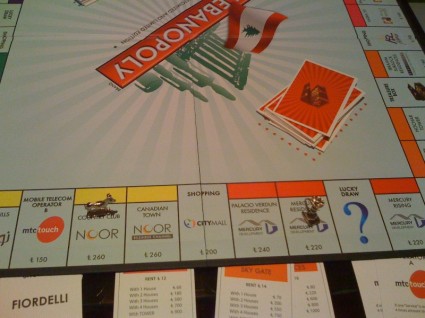 My younger brother got the Lebanopoly game I was telling you about during Christmas and we decided to give it a try during the weekend.

The selection of the tokens is pretty interesting as they include the Baalbeck temple, a cedar tree, a small phoenician statue, a tarboush, a slipper, an arguile, a blackberry and for some reason a donkey!

Also, they are around 7 if I counted them properly, which is much less than 12, the normal number of tokens you find in a monopoly and are not metal ones.

As for the money, it’s similar to the old monopoly, also the Chance and community chest cards. However, It felt like there were not enough money as the 100 bills ran out quickly. Moreover, The small houses and buildings are ugly and could have been done better. 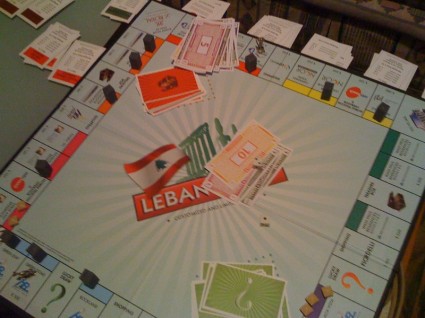