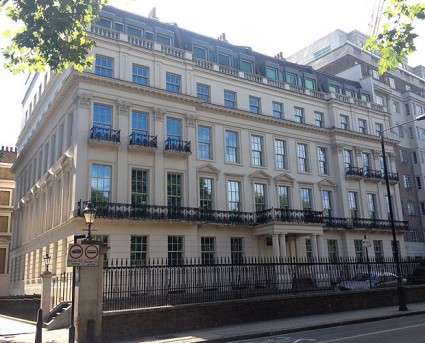 The seven-story pad in Knightsbridge, London, has been valued at 1,300 times the price of the average UK home. The 60,000sq ft residence is the most expensive to go on the market in Britain yet. It has several lifts, underground parking and a decor rumoured to contain millions of pounds worth of gold leaf. The property is also said to have a large swimming pool and an industrial-sized kitchen. It is one of the largest single homes in the capital and is twice the size of the mega-mansion Roman Abramovich considered building nearby. [Link]

The Guardian also talked about it [Here].