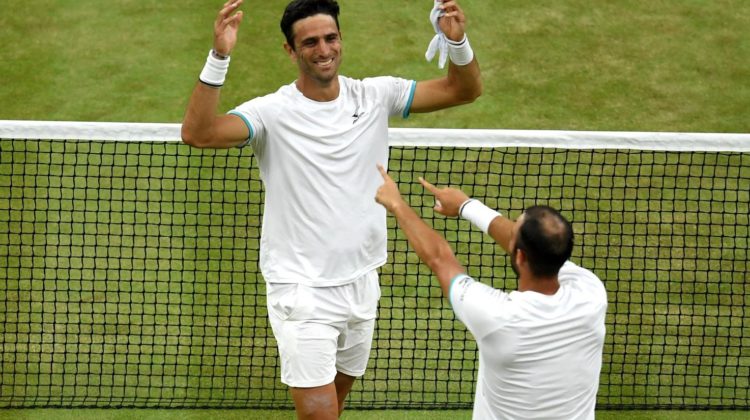 Following his victory in an epic 5-hour Wimbledon final last Saturday alongside his compatriot and countryman Juan Sebastian Cabal over the French pair Nicolas Mahut and Édouard Roger-Vasselin 6-7, 7-6, 7-6, 6-7, 6-3, Robert Farah is ranked #1 in the ATP men’s doubles rankings as of last Monday, July 15.

Canadian-born to tennis players Patrick Farah and Eva Maksoud, who moved to Canada in 1986, Robert Charbel Farah Maksoud, 32 today, lives in the Colombian capital of Bogotá. He acquired the Canadian, Colombian and Lebanese nationalities.

His family is not shy of tennis players. He is named after his grandfather, Robert Farah, who was a local professional tennis player in the 1950s. His great-aunt Néna Farah was also a local champion in the 1930s.

Robert started his journey as a professional tennis player in 2006, but had to stop his singles’ career following a severe wrist injury, and focus on doubles since 2011, partnering with Cabal, and winning together their first grand slam at this year’s prestigious Wimbledon, while finishing runner ups at last year’s Australian Open. To his name are also 2 mixed doubles grand slam finals (twice runner up at Wimbledon 2016 and Roland Garros 2017), 2 Masters doubles titles and 2 finalists positions. A total of 15 ATP doubles titles and 17 runner-ups!

Here’s the victory that propelled him to the #1 stop last Saturday.