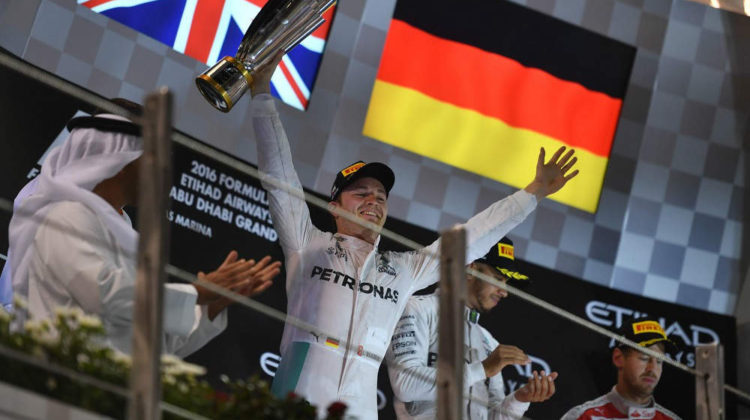 Nico Rosberg finally clinched the Formula 1 drivers’ title after finishing second to Hamilton in the final race of the season in Abu Dhabi. Hamilton needed Rosberg to finish fifth or worse and tried to slow down throughout he race and back Nico into trouble but he failed.

Rosberg drove an excellence race, he overtook Verstappen and drove five super quick laps to make sure he maintains his second spot and kept Vettel behind in the last few laps even though he only needed third spot to secure the championship.

A lot of people are saying Rosberg did not deserve to win and are blaming Mercedes for Hamilton’s trouble but this is total B.S and utter nonsense. Hamilton has proven to be quicker than Nico on several occasions but Rosberg was more consistent and stronger mentally this year and has managed the last three races (especially Brazil) supremely. Rosberg did not win 9 races by chance and Hamilton did not run into mechanical issues in all these races.

Speaking of others’ misfortune, do we need to remind Hamilton fans how Massa’s engine failure at the Hungarian Grand Prix and lousy pit-stop in Singapore helped him win the title by just one point? or Rosberg’s mechanical failures in 2014?

As far as dirty tactics are concerned, this is F1 and I blame Mercedes for ruining the sport by not letting both drivers compete properly after their collision in 2014. What Hamilton did today was dirty but F1 legends such as Senna, Schumacher and Prost have done much worse.

“The great thing about this year is that whatever driver wins it they will have deserved it,” Brawn told the BBC. “We can talk about the reliability record but reliability comes and goes for every driver every year and you have to accept that’s an unfortunate part of the business. “Only for emotional reasons I would love Nico to win it because he is such a tough little nut. He has been bashed around so much by Lewis.

Congrats Nico and let’s hope Ferrari will be competing for the title last year! 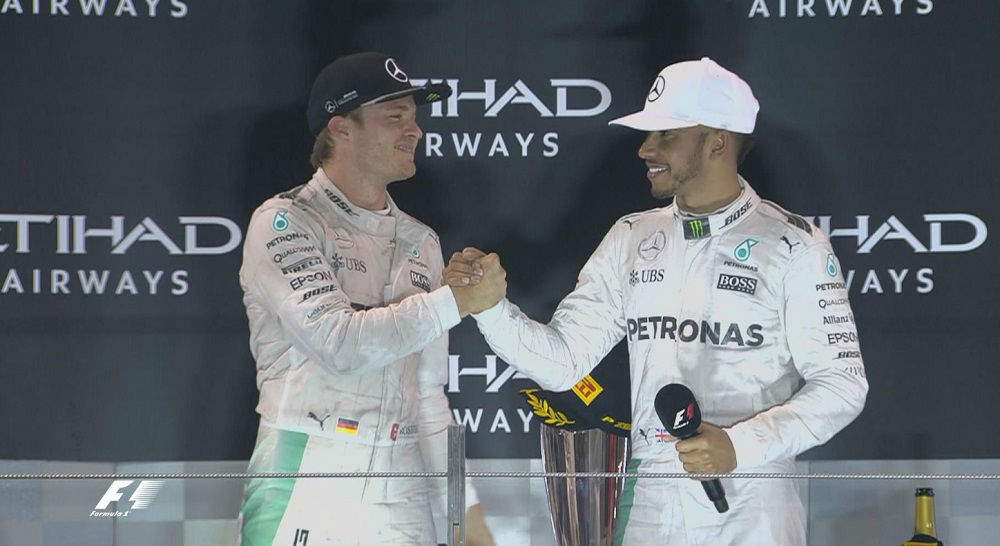