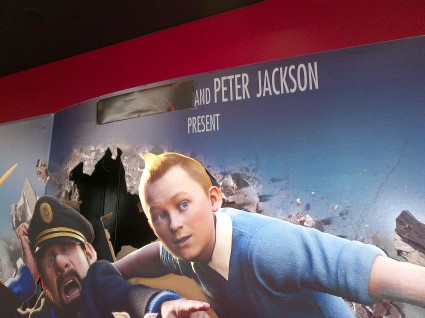 I went to Cinema City in City Mall yesterday to watch the new Tintin movie. The movie was produced by Steven Spielberg, but you wouldn’t know that just by looking at the posters. Steven Spielberg’s name is blacked out on all posters!

I guess that we shouldn’t mention or see his name since he’s jewish, but we can go ahead and watch a movie he produced. I wonder whose decision this was: Cinema City or the Government? 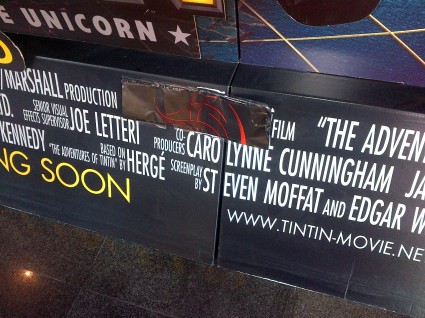 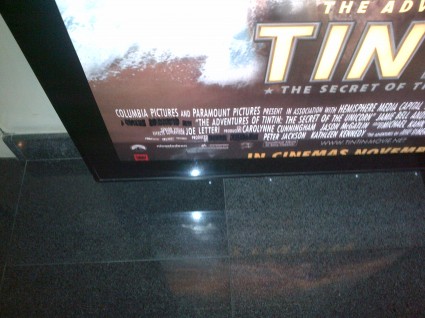 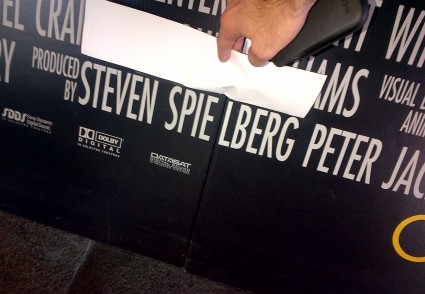