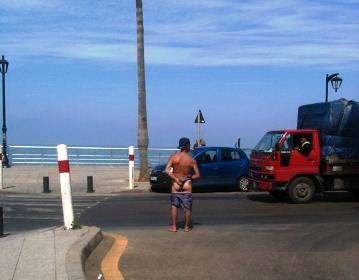 Witnesses told Naharnet that the bare-chested man brought his shorts down on several occasions and showed his buttocks by forming a G-string with his underwear.

I thought I misread the headline at first. We are not used to such things in Lebanon. The article doesn’t say whether he was arrested or not though. [Naharnet]