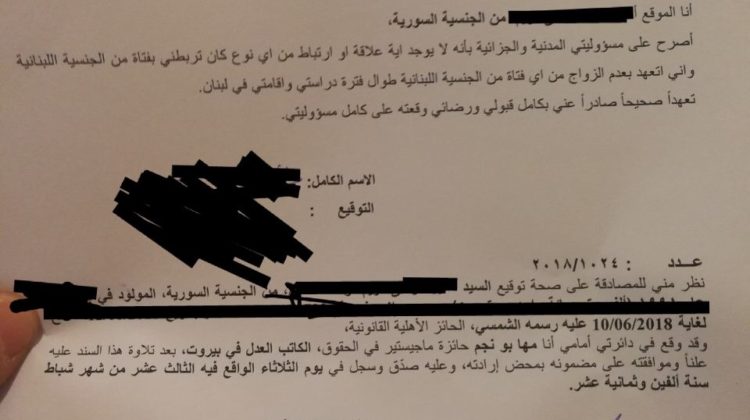 Since we’re still celebrating Valentine this week, here’s one interesting and disturbing piece of news that Legal Agenda reported this week, whereas a Syrian student was apparently forced to sign a pledge for the General Security stating that he’s not in a relationship with a Lebanese woman and that he would not marry a Lebanese woman during his stay.

The same pledge was widespread among foreign workers whereas they had to report to the GS any relationship they had with a Lebanese man or woman, but this was abolished years ago.

According to Legal Agenda, this pledge has no legal obligation and is a violation of the most basic rights of a foreign students, and that they cannot refuse his VISA on such basis. You can read more [here].