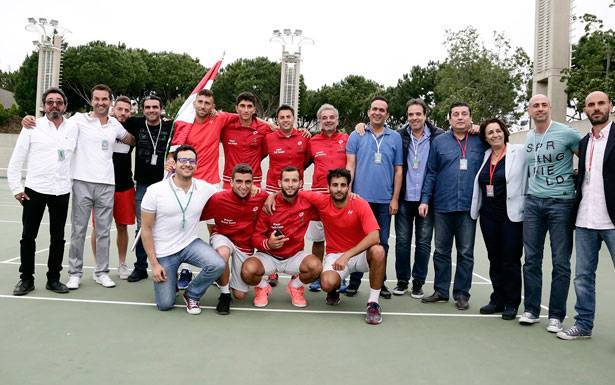 Lebanon’s tennis team will face Uzbekistan in September in Beirut after the Davis Cup draws for Groups I and II in the Asia/Oceania category took place in London on February 6.

It is the fourth time that Lebanon has qualified for Group I, after a very good result in late 2018 against Thailand, winning the tie 3-2 last September.

This year, Uzbekistan, ranked 25th in the world and seeded 2nd in the group, will be the heavy favorites against our team, currently ranked 39th.

It is yet to be decided when the tie will take place, but Lebanon will have until 25 June to confirm whether it will be played on the 13th and 14th of September or the 14th and 15th of it.

The category comprises 4 other teams: India, China, Korea, and Pakistan.

You can watch the official live draw here.