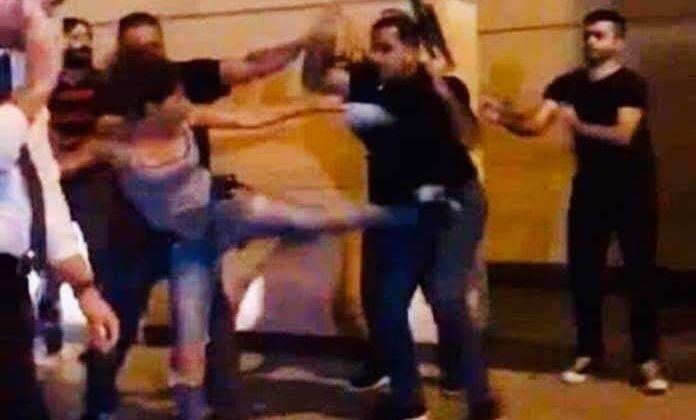 Malak Alaywe, who became an icon of the Lebanese revolution after kicking Akram Chehayeb’s armed bodyguards in Riad el Solh, has been summoned to military court over actions captured in the picture above. Her husband shared the news on Facebook yesterday asking his wife to stay strong and be proud of what she did!

After that famous kick, Malak & Mouhamad got married on October 23rd in Riad el Solh, and she earned the nickname the revolutionary bride as well.

Is it wrong to summon the young lady for her actions? Maybe not as long as the law is applied to all and the armed thugs that were threatening protesters are held accountable too. Is it right for the military court to summon her? Absolutely not.

Quoting HRW, “Military courts have no business trying civilians. Lebanon’s parliament should end this troubling practice by passing a law to remove civilians from the military court’s jurisdiction entirely.”

Speaking of summoning people, did anyone bother investigate with this dumb-ass who aimed his machine gun at protesters in broad day light in Jal el Dib?