A presidential decree was issued today stating that PM Hassan Diab’s wife Nawwar Mawlawi will be appointed as VP to the President of the National Commission for Lebanese Women (NCLW), who happens to be the President’s daughter. The name was suggested, wait for it, by the PM himself.

To be fair, all previous PMs appointed their wives (except Hariri whose wife is abroad), and Diab was simply following protocol, but again he could have ignored this protocol and appointed an activist to the position.

On another note, isn’t this commission aimed at empowering women? Because nothing says empowerment more than a newly appointed male Prime Minister appointing his wife right?

PS: The commission has been doing a good job in past years in empowering women and even set up a national strategy, you can check it out their [website]. This still doesn’t justify naming wives and daughters to preside the commission. 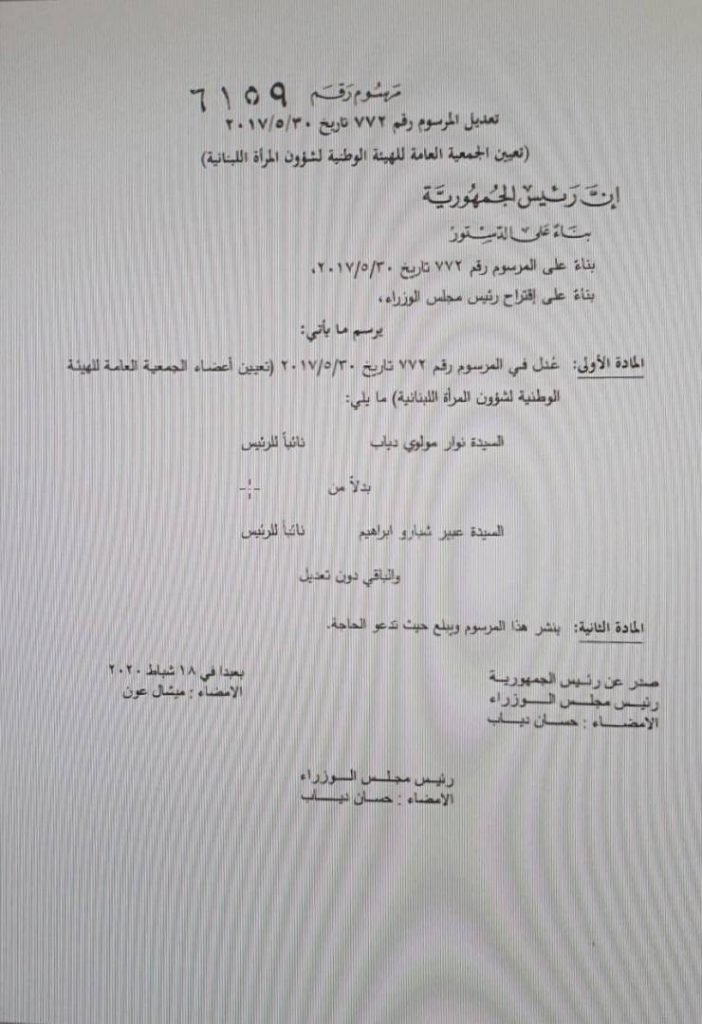