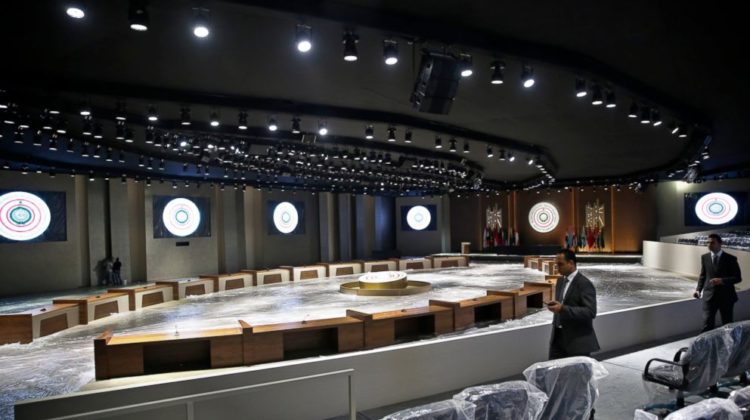 The Arab Economic and Social Development Summit kicks in Beirut on Sunday, yet it is already being labeled a failure following the controversies that preceded it and the appalling level of representation. We barely have two heads of states attending while the rest is down to a ministerial level with the latest head of state apologizing being the Tunisian president.

The reasons behind that are many, but mainly 1) The Syrian file, 2) Libyan flag incident and 2) the inability to form a new Lebanese government.

To begin with, some parties wanted to invite Syria to the summit while others opposed it, but the reality is that the Arab League is the one who invites countries not us and Syria wasn’t invited. Weirdly enough, the Syrian ambassador claimed he received an invite from the Lebanese Presidency that he turned down.

As for the Libyan flag incident, a group of Amal supporters ripped a Libyan flag from a flagpole hanging near the venue where the Arab Economic and Social Development summit will be held and replaced it with the Amal flag. They proceeded to burning the flag as well but all this was done impromptu of course (and as always) as confirmed by Amal spokespeople.

Why should Libya be boycotted and not Syria? I have no idea. If we’re going to boycott countries based on old grudges, we might as well not invite anyone to the summit.

Last but not least, and this is the best joke of them all, are those claiming that that a country paralyzed by its division and unable to form a government cannot successfully host a meeting of Arab nations. Of course we can hold elections while the country’s paralyzed, we can go to Paris to ask for money, we can organize huge electoral rallies and burn down tires and block roads, but God Forbid we cannot host a meeting of Arab heads of state in a hotel in Beirut!

Whether the summit was a good or bad idea, it’s been months that it was agreed on and this is not the right time to protest against it, unless of course it’s being done on purpose and for short-sighted and selfish political reasons. Instead of having a small boost to our economy and filling up our hotels for the weekend, we paralyzed our capital and no one’s showing up now!

All in all, what’s really puzzling me lately is the inability of some to understand the damage that they’re inflicting on the country and their own people. Corruption, theft, sectarianism and brainwashed supporters are all things we got used to but this self-destructive attitude is becoming a trend and some are even proud of it. It’s like a bomb squad trying to defuse a bomb and then there’s this guy who tells them to move aside because he can and starts cutting wires left and right.

We’ve become the joke of the Arab world and soon of the whole world. What a shame.