I unfortunately missed the launch of Twelve Watch in Lebanon which was on the same day as the Champions League Final between Real Madrid and Atletico. It was the perfect occasion to gather football fans and launch the brand which is aimed at football fans mainly. In fact, Twelve represents the “Twelfth man” in a football-game which is of course the fans, and their watch collection is inspired by the jersey/country flags of football teams.

The people behind Twelve were kind enough to send me a Germany watch, which I found to be cool and original. The designs are nicely made, the watch doesn’t look cheap at all, is equipped with Ronda Caliber 505 and 515 and Swiss-made movements and is priced reasonably at $130.

You can check the whole Twelve Watch collection [Here]. 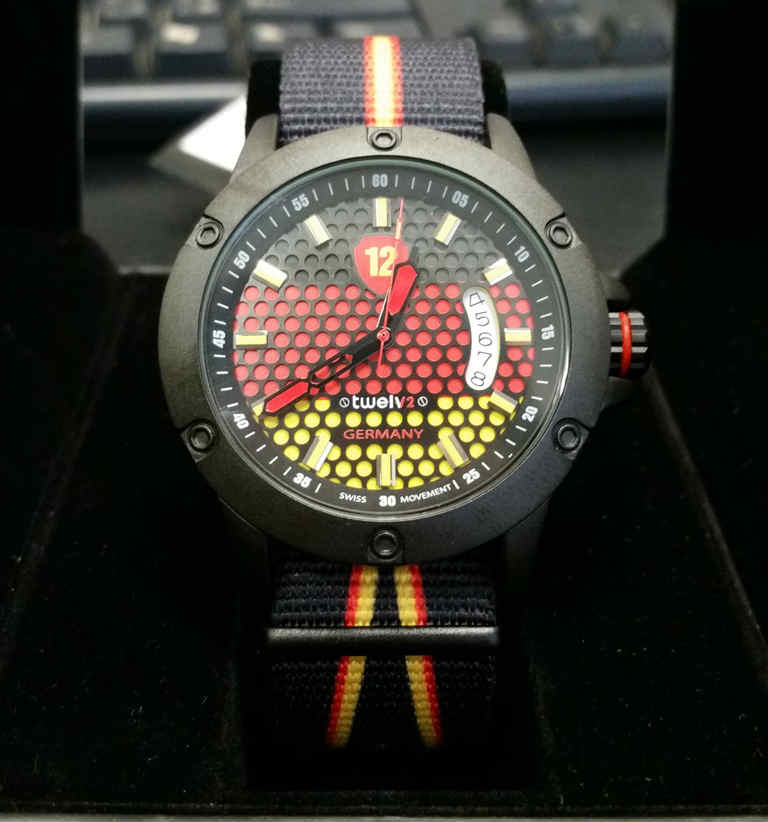 Knowing that the World Cup is in a couple of days, I asked Twelve if they’d like to give away a couple of watches to the blog’s readers and they were more than happy to do so. So if you are into Football and want a watch for your favorite team, here’s your chance to win 1 of 2 Twelve watches.

All you need to do is answer these questions correctly:
– Which German Player is set to miss the World Cup after injuring himself in a friendly 3 days ago?
– What is the name of the World Cup Football stadium located located on the former site of the Vivaldão stadium in Manaus, Brazil?
– What is the nationality of the “sorcerer” that is claiming responsibility for Cristiano Ronaldo’s injury?

Please make sure you mention the team you support in the World Cup after writing down the answers.

I will announce the two lucky winners tomorrow morning.