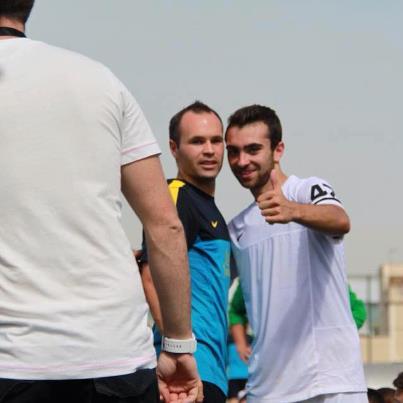 Alex is originally from the town of Jdita and is still in school. He took part in a competition organized by Nike in Dubai in collaboration with FC Barcelona and was one of three players to make it to the final selection. The young man caught the attention of our National Team Coach Theo Bücker who asked him to join the team in their latest game against Thailand.

Speaking of which, Lebanon crushed Thailand 5-2 as part of the Asian Cup qualifications games.