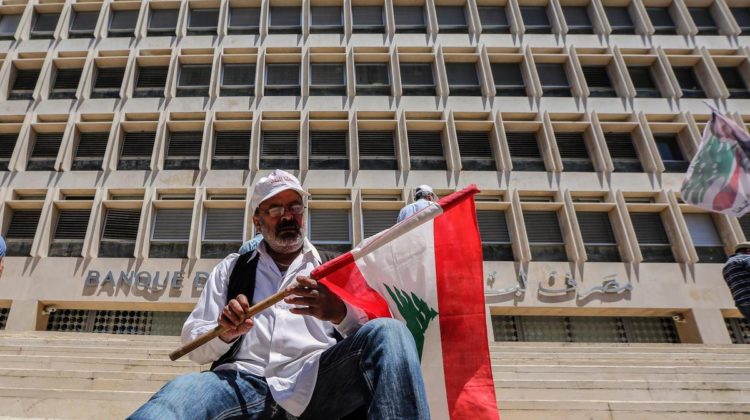 A retired army officer in front of the Lebanese Central Bank during a protest in Beirut, Lebanon, 13 May 2019. EPA

The long-awaited so-called austerity budget was finally passed today in parliament following a tense voting session, and as expected it failed to tackle structural problems of the economy or target corruption. Instead, they simply cut expenses in the public sector and raised taxes and fees, including a 3% customs fees on imported goods subject to VAT, which means more inflated prices and a weaker purchasing power.

One lawmaker who voted in favor of the budget called it a joke (he’s the joke really), while another MP took the stands and acknowledged that we are lying to the international community about our commitments, to which the head of parliament and others laughed. Haha right?

PM Hariri felt “he was “targeted” through the budget cuts of the Council for Development and Reconstruction, OGERO, the Interior Ministry and the loans of the High Relief Commission”, because it’s ok for some bodies to be corrupt if all others are (Makes sense no?).

The only positive outcome, if we may call it so, is that army veterans protesting outside the parliament were able to pressure lawmakers into leaving them out of their austerity measures and not touching their pensions and benefits. The new tax that was approved only affected their basic income without touching the benefits.

So all in all, we just approved the 2019 budget, with only 5 months left to 2020. Will this budget avert a financial crisis in Lebanon? Will it save the economy? I wish I had an answer to that. This is not an austerity budget that’s for sure and this current government will never be able to impose such measures. All what they’re doing now is faking an austerity budget with deceiving numbers to try get ahold of the CEDRE Billions.