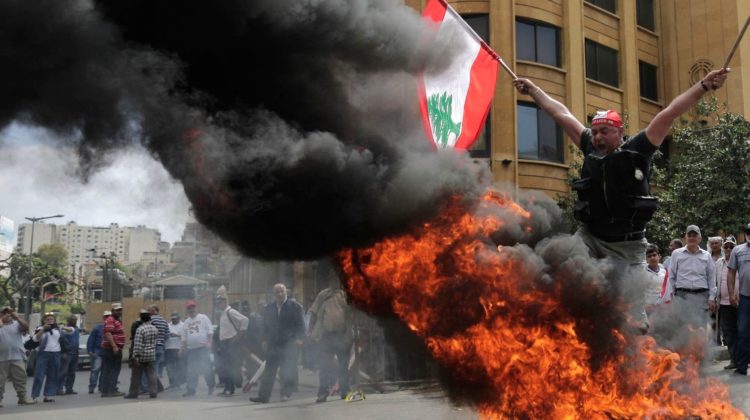 “Lebanons is nearing fiscal crunch”, “Lebanese PM Warns of Catastrophe”, “EBRD urges Lebanon to pursue painful economic reforms to avoid crisis”, “Lebanon Is Facing an Economic and Environmental Disaster” and “As Lebanon leaders talk austerity, protesters cry ‘thieves!’” are some of the headlines you find online on the current financial situation in Lebanon.

Are we facing a financial crisis? Definitely. Is the country on the brink of collapse? We’ve been hearing that for the past couple of years or so. Is there a way out of this crisis? There’s plenty of solutions but not at the hands of those in power right now. The recently formed government, after 9 months of delay, promised to tackle corruption and cut down on expenses but the leaked reform paper/austerity budget, if confirmed, is a recipe for chaos if not a revolution.

Why is that?
Austerity measures are often unpopular as they mainly target low-income earners through salary cuts, hikes in taxes and fuel prices and others, but they are also needed to reduce the deficit and avoid bankruptcy. The problem in Lebanon however is that the authorities haven’t shown any signs of reducing waste or fighting corruption in past years, but on the contrary, they passed an idiotic wage hike decree which they miscalculated by few hundreds of millions of dollars, they illegally employed over 5,000 new people in the public sector, they wasted more billions on polluting and useless power ships and they didn’t spare a trip or a conference among other things.

And now that they’re out of money, instead of going after illegal maritime properties and other high-profile corruption cases to reduce the deficit, they’re planning to implement salary/pension cuts across the board in the public sector, as well as a planned VAT tax increase, income tax increase, increase in fuel tax and electricity bills and freezing pension payments.

Talks on the draft state budget and leaked news have triggered several protests already, most notably a 3-day strike from Banque du Liban employees which almost paralyzed the financial sector and you can expect more protests to follow if this proposed plan were to pass. Instead of calming things down, the authorities are being arrogant and defiant. Instead of re-assuring protestors or listening to their concerns, the PM issued a memo forbidding protests, the Information Minister was bragging about staying an extra 30 minutes to discuss the austerity budget and some ministers were publicly arguing against a cut on their salaries, claiming what they earn is not enough.

On top of that, they’re trying to keep the talks confidential to avoid angering their followers, but everything is getting leaked and angering people even more. I don’t know how they expect people to stay silent after all that, but then again these same people have been voting for them over and over again so I am not expecting a revolution. If anything, expect further protests, further job losses and companies going bankrupt, further deterioration in the economy and further tensions.

No one can predict what’s gonna happen next because no one knows. The only sure thing is that those in power cannot manage this crisis or any other or maybe don’t want to.