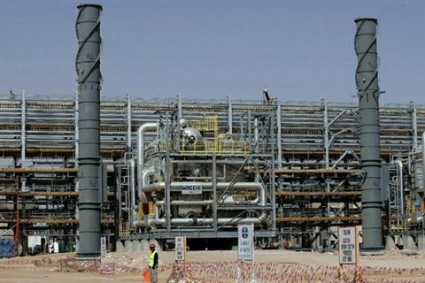 Picture from The DailyStar

I’ve been hearing about such studies for the past 10 years and still nothing has been done to extract that gas. Maybe it’s better if it remains buried as I have a feeling it will only bring us trouble.

An international firm has estimated the volume of gas in Lebanon’s south-west corner to be close to 25 trillion cubic feet, valued by experts to be worth over $40 billion.

“In the 3,000 square kilometers we are covering in the south-west corner of Lebanon, near the borders of Cyprus and Israel, an initial assessment [indicates] there may be 25 trillion cubic feet of gas,” David Rowlands, chief executive of Britain-based Geo Ltd. Spectrum Company CEO, told The Daily Star Friday. [Link]

Our dear Energy Minister Gebran Bassil “said the initial survey by Spectrum suggested that one of several blocks in the area contains a potential 12 trillion cubic feet of gas that could meet Lebanon’s electricity production needs for 99 years”, but what he did not tell us is how many years do we have to wait before this happens?