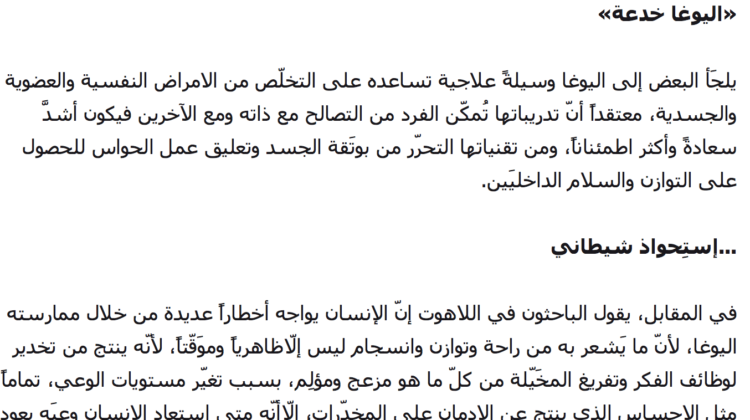 Yoga is the work of the devil, Yoga can lead to satanic possession, Yoga is evil. If you do yoga, you’re headed for the “Kingdom of Darkness”. Every few months, I see a new article being shared by a local paper about the dangers of Yoga and how there’s some conspiracy theory led by Hindus and sponsored by Satan to spread it worldwide.

To begin with, not all people are religious and most people practicing Yoga don’t give a flying f*ck about its origins or the religion behind it. It’s just a sport that has several mental & physical benefits and that’s practiced worldwide, and Yoga classes can be very demanding. By the way, the Vatican exorcist who apparently started this whole anti-Yoga campaign said “Yoga leads to evil, just like reading Harry Potter”. Harry Potter LOL! 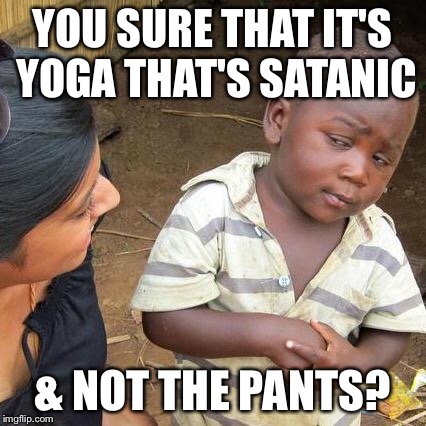