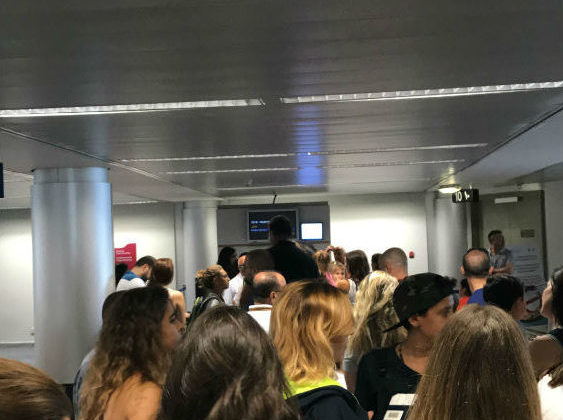 I had a flight today at 8:30AM so I got to the airport at 5:10AM to be on the safe side, especially after seeing what happened last week. Unfortunately, it was chaotic to say the least and we only got to the boarding gate at 8:35AM! It’s a good thing the flight got delayed otherwise we wouldn’t have made it.

Starting with the traffic, there was the usual traffic at the army’s checkpoint before the airport but then both the arrival & departure lanes were blocked. My brother was driving us so we just needed him to drop us and go but the cars were not moving so I had to go down almost 300 meters before the door and try to find a trolley to gain some time. Unfortunately, I couldn’t find any (WTF?) and there were no workers around to help out so we ended up dragging our luggages by ourselves.

Once we got to the entrance, the first one was closed, so we headed to the second one and saw a huge & never-ending lane for the first security check. I was surprised on how organized the queues were but then spotted a couple of Fouhoud members (ISF) standing there with their machine guns keeping order. I have no idea why they were carrying machine guns, or how they could possibly make use of it to force people to respect the lines but it was working so who cares LOL! 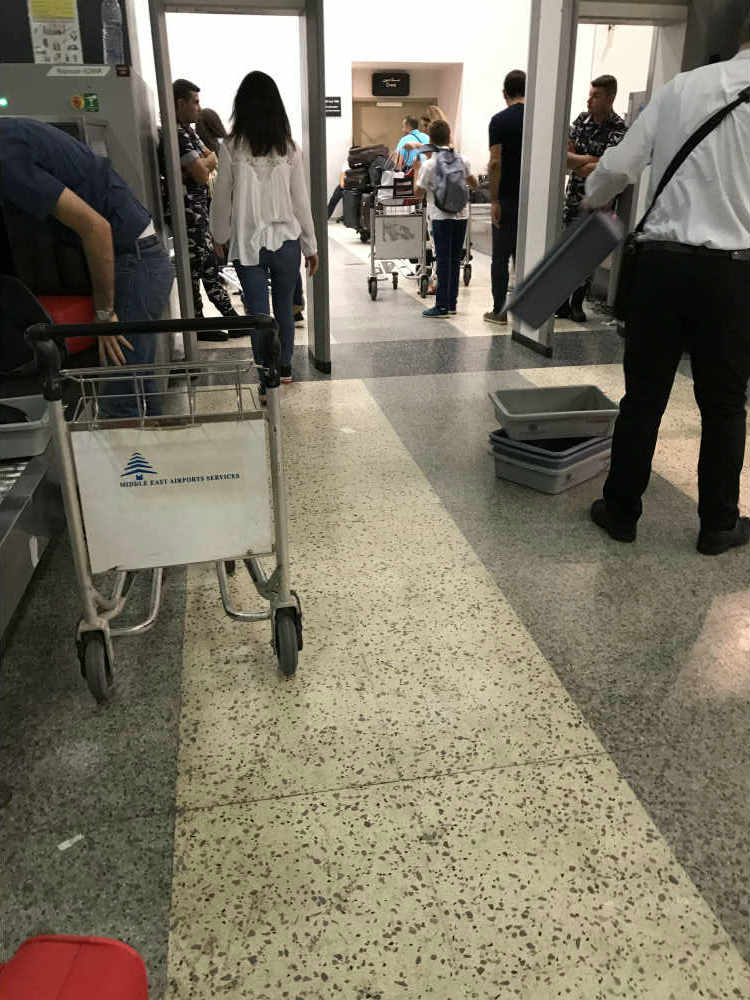 Moving on, we got to the first security checks after 45 minutes where we had to pick up like animals those small cases for our laptops and electronics. Once done, we rushed to the counter to check-in (Automatic check-in never works) but ours said “Doha” and not “Antalya” and no one had an answer. We stayed on that line for a good 20 minutes because we didn’t want to lose our turn till they decided to finally open the Antalya counter but they didn’t bother to update the electronic banner.

It was already 6:50 and we hadn’t had our tickets yet. When our turn came, some guy with his whole family decided to cut us off because he was waiting in the wrong lane and didn’t want to wait all over again. Some guys behind us got upset and almost started a fight but the family still went through. In the meantime, some teenager fainted while waiting in line and his dad was struggling to carry him back to sit on some bench because of the crowds. A couple of airport staff passed by and did not even bother to help the man. 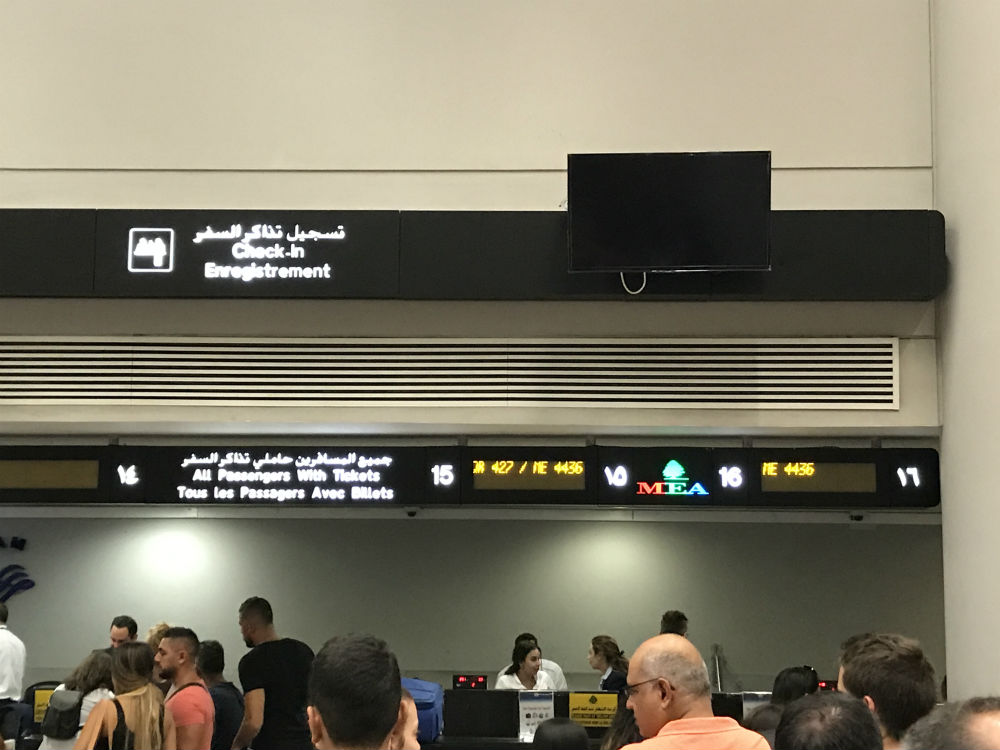 Once we got our tickets, we got past passport control quickly but had no clue where to go because the gate for our flight wasn’t assigned so we kept waiting until 8:10AM when the gate showed up on the screen. We rushed to get past the final security check where it was also crowded and eventually got to the boarding gate at 8:35AM. The boarding gate was still closed as the flight was delayed but as soon as it said “open”, everyone stormed to get in “3al lebnene” without respecting the line or families.

All in all, I cannot begin to imagine what passengers went through last week and how many were left queuing for hours and missing their flights because of the mismanagement and security check & boarding fiascos. We’re all used to busy airports during holidays but there’s always designated staff ready to help out and facilitate things, which is never the case in Beirut.