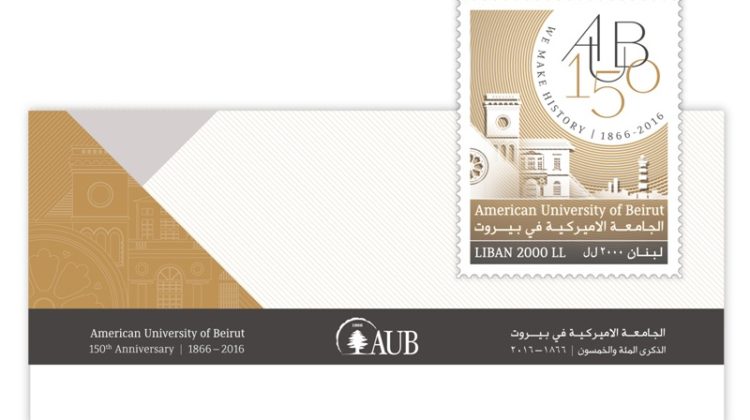 The American University of Beirut is celebrating its 150th anniversary and Libanpost, in collaboration with the Ministry of Telecommunications, has issued a stamp to mark this special anniversary and in recognition of the university’s pioneering and enlightenment role.

The stamps are available at all LibanPost offices. Another stamp was issued back 50 years ago to honor AUB’s centennial year featuring the portrait of Daniel Bliss.

The stamp features a stylized landscape of campus extending into Beirut city with its traditional, small houses as well as high skyscrapers. Beirut’s iconic lighthouse rises above the skyline to depict AUB’s leadership in enlightenment in Lebanon and the region. From the top right corner, AUB’s century-and-a-half—depicted with the AUB 150 logo—stands as a glowing sun that spreads its rays above AUB campus, Beirut, and the Levant.

Read more about it [here]. 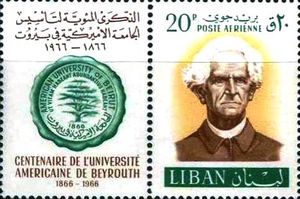