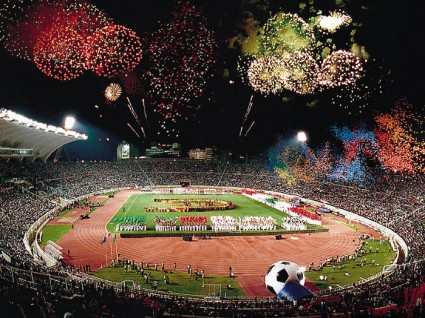 As you all know by now, the upcoming WC Qualifying game opposing Lebanon and Qatar will take place on Sunday behind closed doors. No fans will be allowed from both sides for fear that some might insult the Qatari Emir.

The reason for the ban may seem silly and outrageous but before lashing out at Qatar and the Lebanese authorities, let us acknowledge that the Lebanese people, and more specifically sports fans and teams in Lebanon, are in a large part responsible for this decision.

In fact, why would the authorities be worried in the first place about Lebanese fans insulting and cursing the Qatari Emir? What the hell does cursing The Emir of Qatar have to do with a FOOTBALL game between Lebanon and Qatar? I think thatâ€™s the question that we need to ask here.

Our Lebanese Football National team is the best we had in ages, and is supported unconditionally by all the Lebanese regardless of religion and politics. Even more, the players on the team are being very poorly paid, if paid at all, yet are working hard and giving their best for the team and the Lebanese.

And how do we answer them? Mixing politics with sports and screwing up their achievements.
Sports are sports and we Lebanese should be supporting local and national teams based regardless of political affiliations. It should be forbidden and punishable by law to cheer for political leaders or religious leaders or whatever is unrelated to sports in all games. It is normal to have sports rivalries between teams or countries but they should be resolved in friendly and official games not by raising stupid sectarian and hateful slogans. We all saw how disgraceful our Basketball league was this year.
Having said that, and as stated in my previous post, I disagree fully with the decision but I hope it will serve as a wake up call for Lebanese to go cheer for sports in future games and not drag our countryâ€™s problems into every game we play.