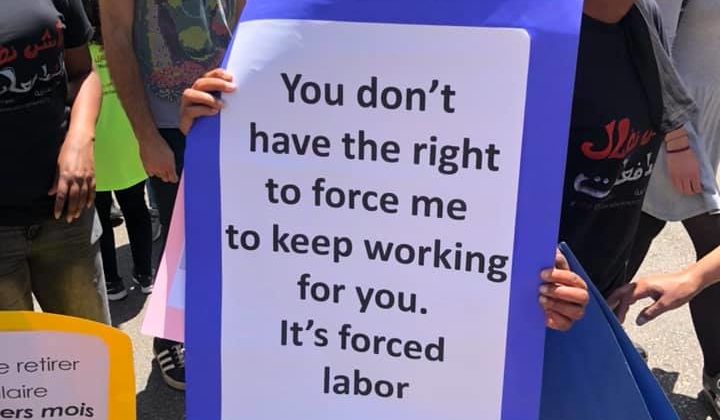 Protesters marched last week in Beirut against the Kafala system, urging the authorities to end this “inherently abusive” migration sponsorship system and change the labour law to offer domestic workers more protection. NGOs and local and foreign organizations have been asking for years to drop this archaic law but to no avail.

I’ve written several times about this, and I wish people would stop supporting this system by simply refusing to get housekeepers to work for them. Until the law is reformed, the recruiting agencies are reviewed and regularized, and the house keepers are given proper training, proper rights and salaries, this whole practice needs to stop.

Below is a street art in Cairo by Tania Saleh that says “Yes Madam”. Pretty much says it all! 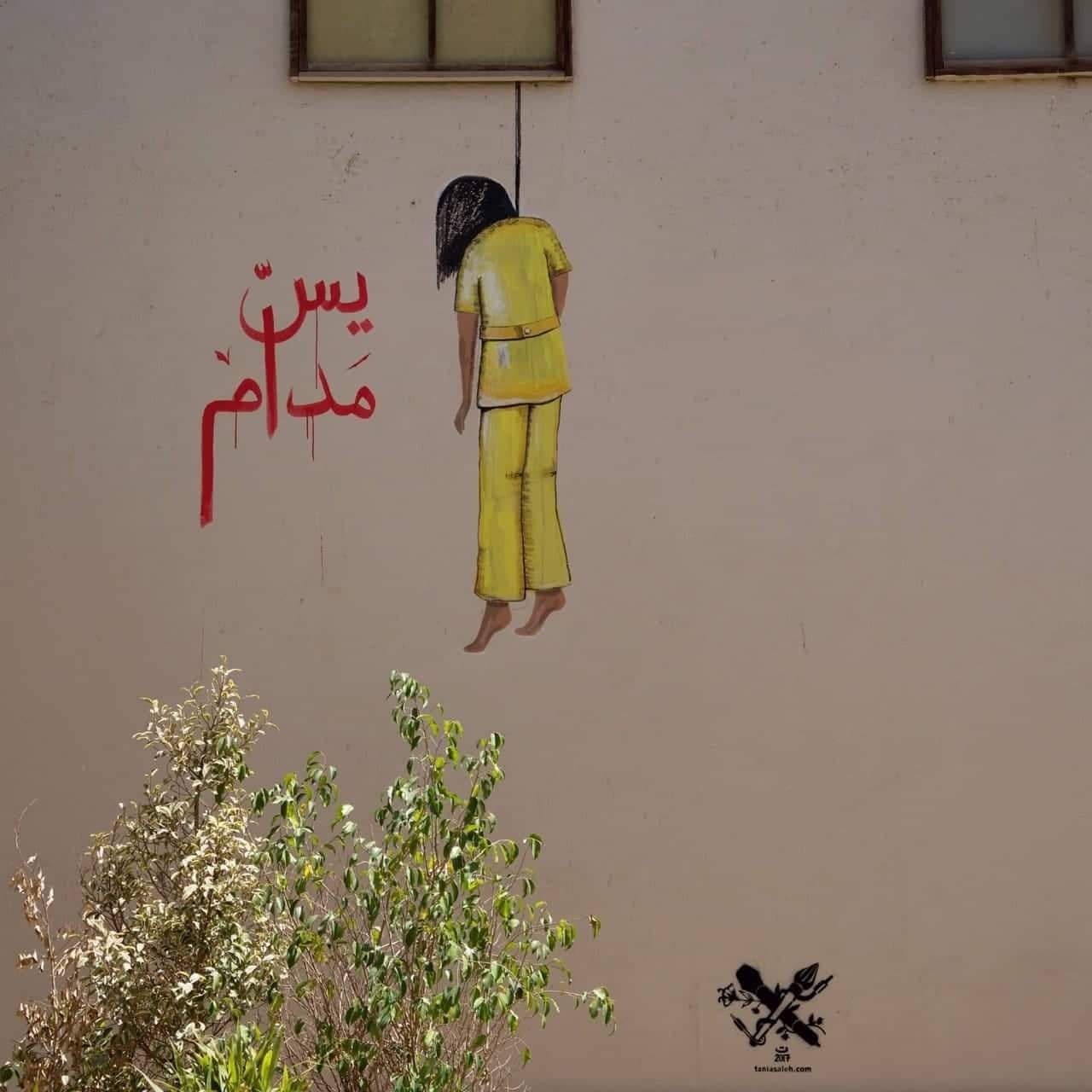