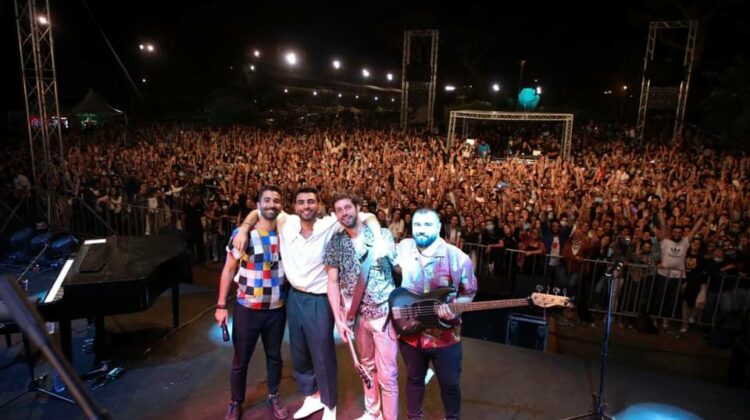 Rebirth Beirut, an NGO founded in 2020 in the aftermath of the Beirut Port Explosion, continues to engage in relief efforts across the city and its latest is an initiative to light more and more streets bringing a spark of life to Beirut.

Back in August, they organized an exhibition under the name “Bubble Of Freedom” with “Artscene Gallery” that promotes emerging & established artists from the Arab region and Lebanon with parts of the proceeds going to support the activities of the Rebirth Beirut association, and last week Rebirth Beirut proudly announced that Adonis will hold a live concert at the Forum de Beyrouth on the 29th of December 2022 with all the proceeds going to the association to help light up Beirut. 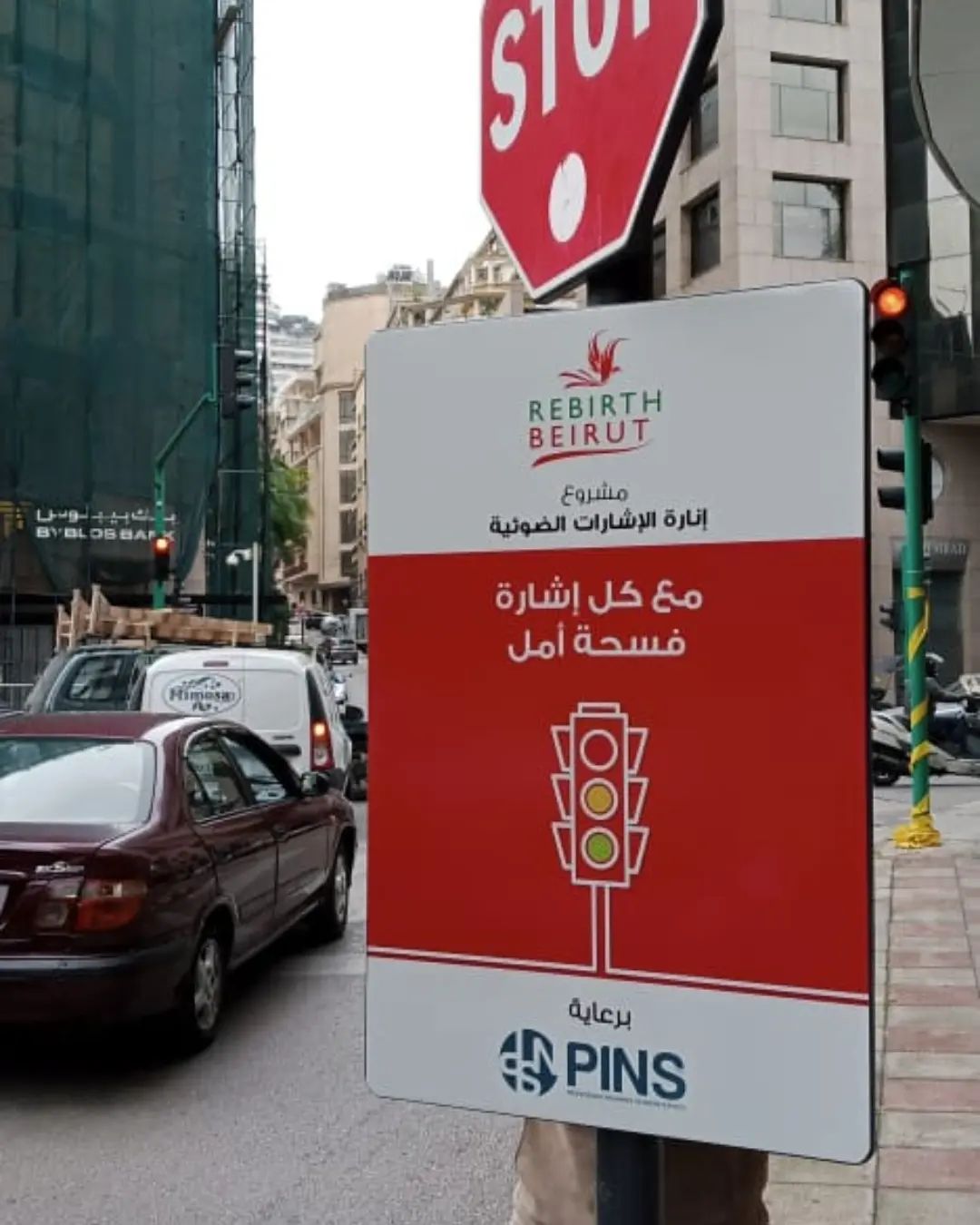 Adonis is a popular Lebanese pop-rock band that was founded 11 years ago and is renowned for their signature Arabic lyrics and ear-pleasing melodies. Their debut album Daw El Baladiyyi was released in 2011 and their latest album A’da (Enemies) was released in 2021.

We need more initiatives like this one to help bring some smiles and hope to the Lebanese. Lighting up streets and neighborhoods, fixing potholes and traffic lights may not fix the many problems we’re facing but any action is welcome in the absence of government action.

You can buy tickets for the event [here]. 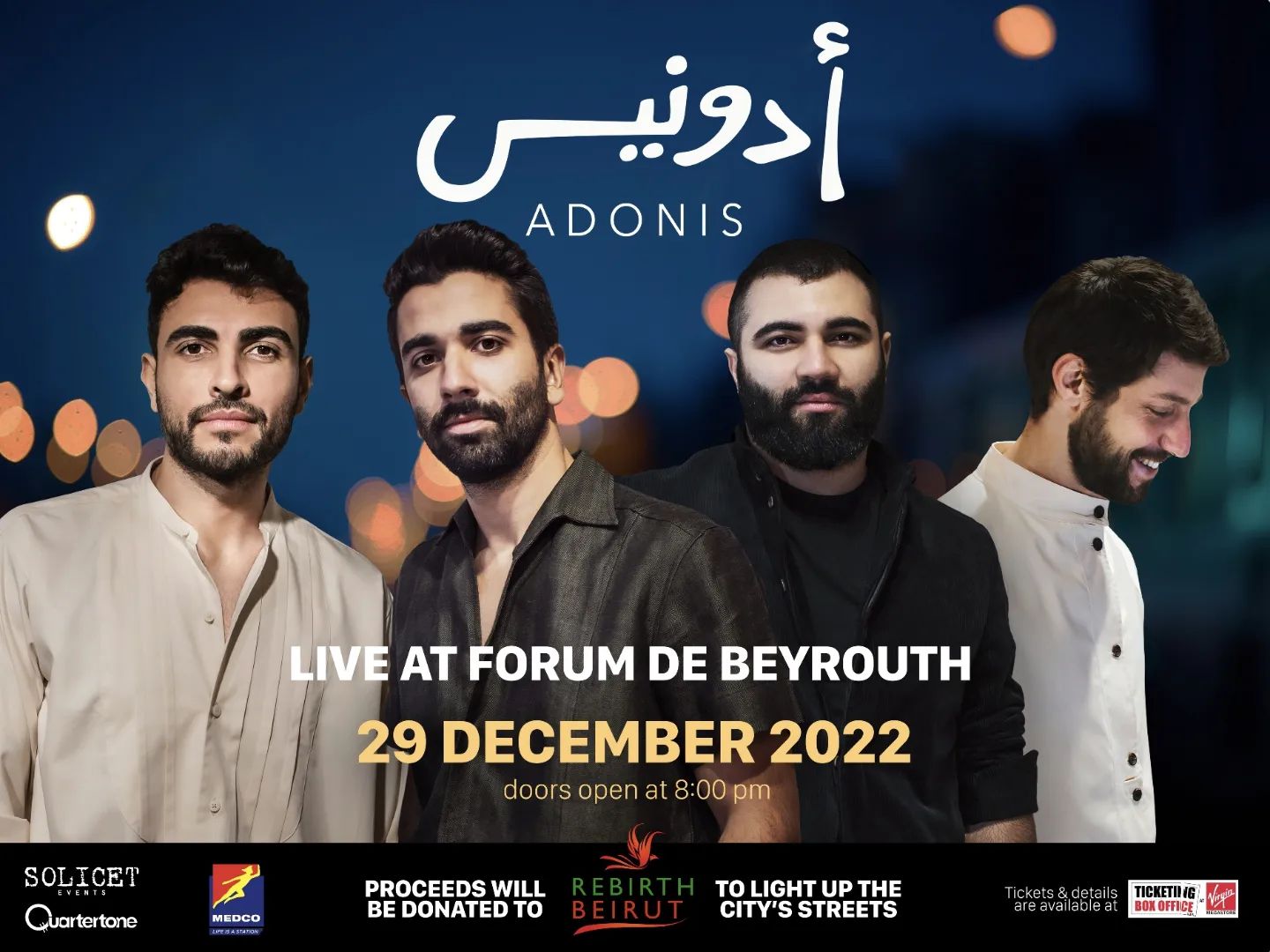