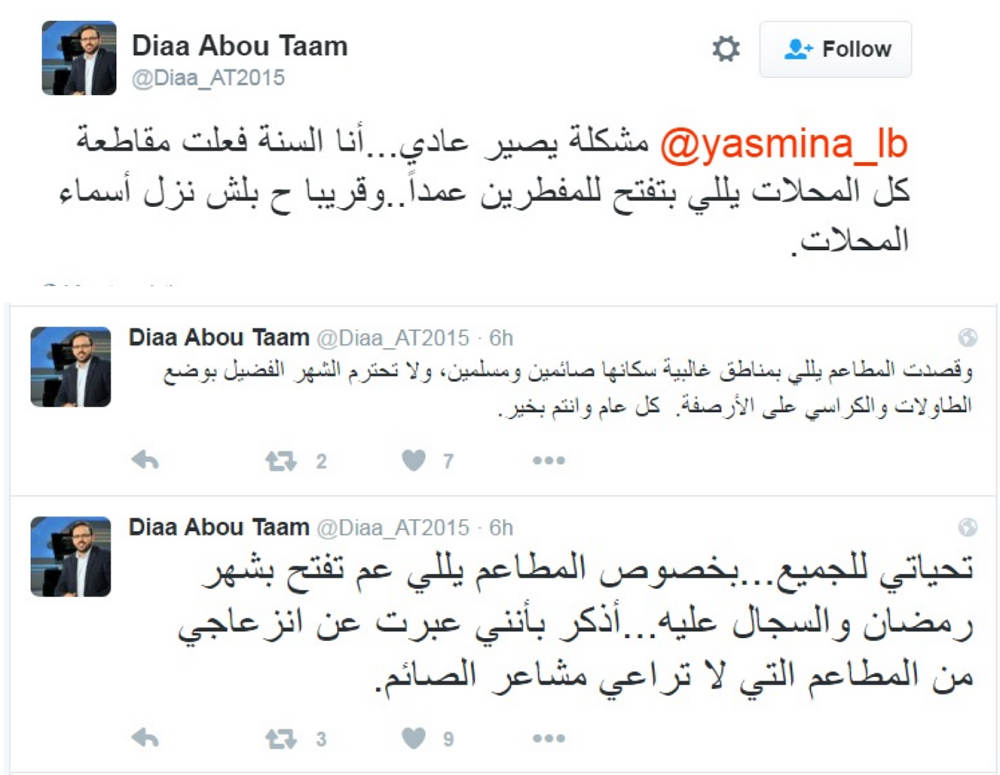 A Lebanese TV Anchor called Diaa Bou Taam tweeted yesterday that he wants to boycott restaurants that open during fasting hours and that he is going to shame them in public. He went on by saying that these restaurants are being disrespectful towards fasting Muslims by placing tables and chairs outside. He later on apologized and said that his tweets were just a joke but he’s not fooling anyone with that excuse.

I have no idea what is going through this guy’s head and I’m glad he apologized because as far as I know, non-Muslims and Muslims who don’t fast don’t need to adjust their life during Ramadan and those who feel offended by a couple of chairs and a table outside a restaurant, or someone eating in front of them, clearly got this whole Ramadan fasting wrong.