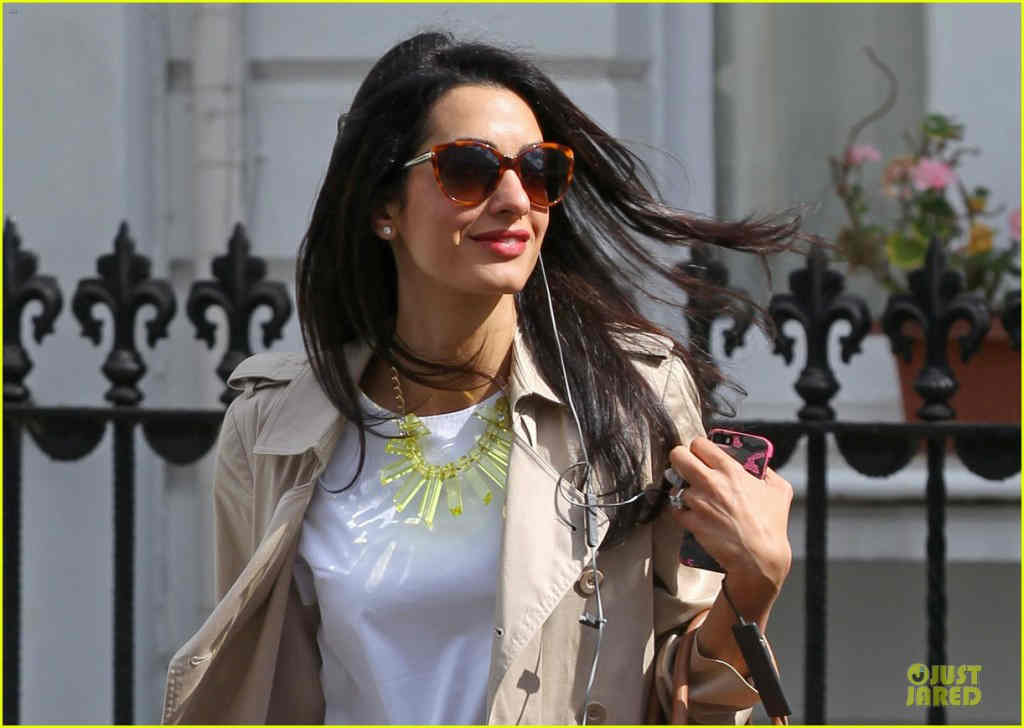 Amal Alameddine, who recently got married to Georges Clooney, was ranked fourth according to The Evening Standard newspaper annual power ranking list, right after George Osborne, Boris Johnson and Demis Hassabis. I am not sure how credible this list is but she sure is a powerful and smart woman and deserves to be among the ten most influential Londoners.

She may have only just married Hollywood hot property George Clooney, but wife Amal Alamuddin is already the most influential woman in London, according to the London Evening Standard newspaper.
The newly married lawyer – who changed her name last week after marrying the US heartthrob in September – is at number four, five places ahead of international fashion mogul Victoria Beckham as they both head up the Top 10.
Amal, 36, and Victoria, 40, beat off competition from leading men like British Prime Minister David Cameron and world-renowned scientist Stephen Hawking and their equally-influential husbands were nowhere to be seen in the Top 20. [DailyMail]