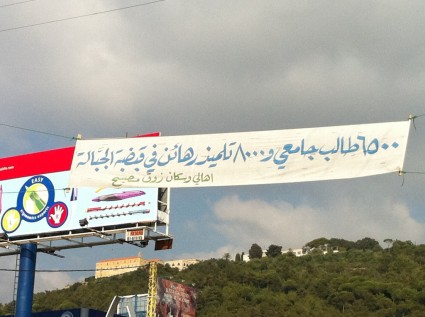 Ever since they fixed Zouk Mosbeh’s industrial road, I’ve been spotting banners asking to stop installing a concrete mixer in the area as it will cause more pollution and is a threat on people’s lives.

There are also banners stating that it is a threat on the NDU students as well.

Does anyone know where is that concrete mixer going to be placed? And why are they making a big fuss out of it?

For all I know, Zouk Mosbeh is a hopeless case as it has large industrial areas and initiatives should have been taken long time ago by the municipality and local MPs to stop polluting the area.