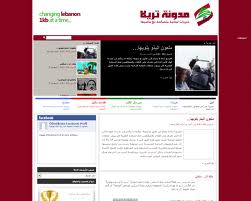 A Lebanese blogger who was apparently linked to jailed Egyptian blogger Maikel Nabil Sanad has been denied entry to Egypt on Monday, a Cairo airport official and a media watchdog said.

Imad Bazzi’s name “was on a list of people banned from entering at the request of a security apparatus,” said the official, adding that the blogger who arrived at 0800 GMT was put on a plane back to Lebanon at 1500 GMT. [Source]

Looks like Egypt’s revolution has not done much. The sad story is that Egyptian Blogger Sanad, who began a hunger strike on August 23 and more recently started refusing to drink, “could very soon die.”, according to Paris-based Reporters Without Borders.

This story tells a lot about how influential bloggers could be, and why even the smaller non-political cases, such as the Benihana lawsuit against Mark’s 248am.com blog should be won for all the bloggers’ sake.