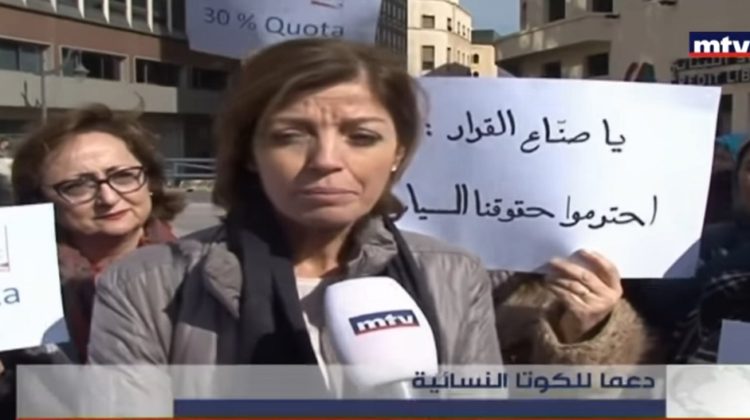 It’s quite sad that I only heard about this protest by mistake after reading a friend’s tweet. Apparently around 150 women from different NGOs rallied in Riad el Solh today to demand a better women representation in Lebanese politics and a 30 percent quota of seats for women in parliamentary elections.

The protesters were heard saying “There will be no elections without a 30 percent quota of seats for women in parliamentary elections”, but that’s not gonna happen and elections will eventually take place. If women rights were truly that important to the new government, they wouldn’t have named a man to preside the ministry concerned with women affairs. And from what I’ve heard, that ministry doesn’t even have a budget.

On another note, no one will take you seriously when tens of NGOs are only able to attract 150 protesters. It’s better to hold a symbolic sit-in or a press release or launch some hashtag in that case as it’s more efficient.