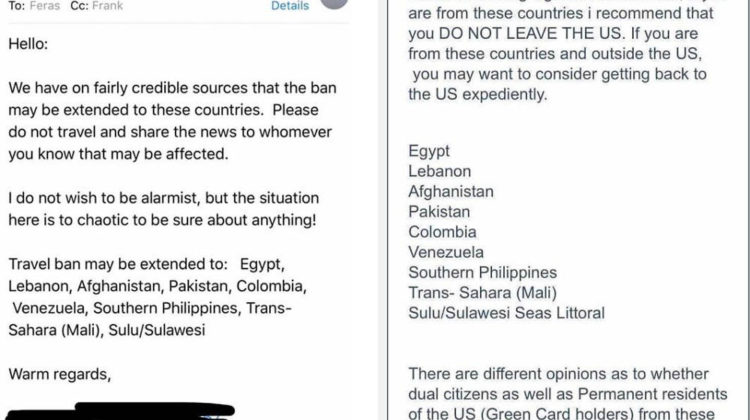 There are talks that the US might extend Trump’s controversial ban to include other countries like Pakistan but there are no official statements to back this claim and all these so-called emails from immigration officers or lawyers that people are spreading are unverified and probably fake or what Trump people call alt-facts.

This being said, there’s no need to spread fear and uncertainty especially that the current ban is only for 90 days anyway. In all cases, you can count on Donald Trump’s friends in Lebanon to keep us from getting on the ban list (jk). 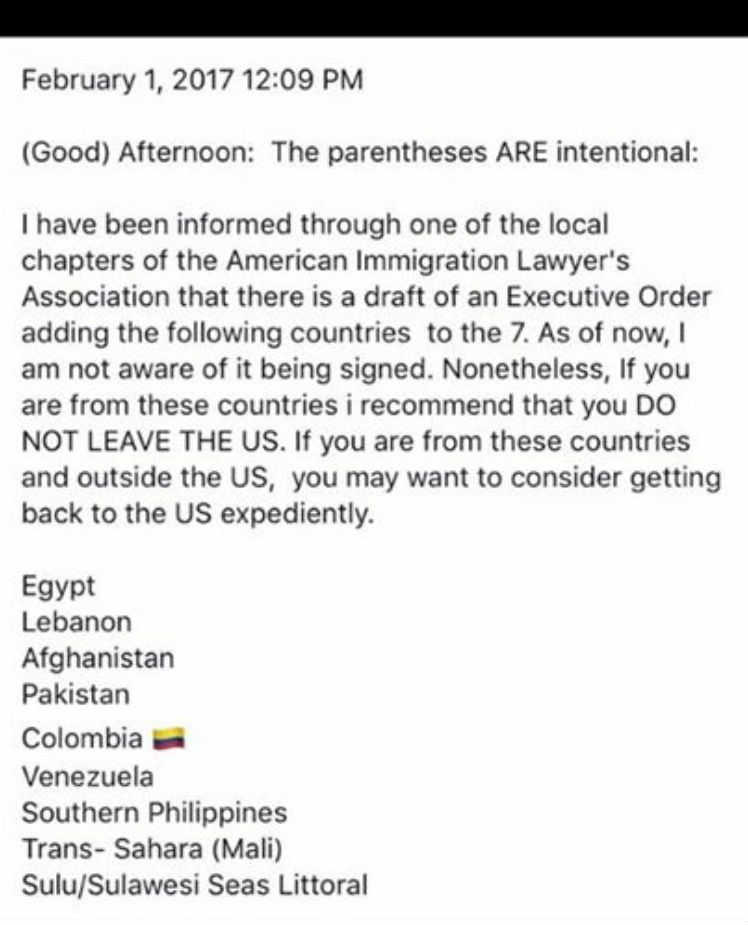