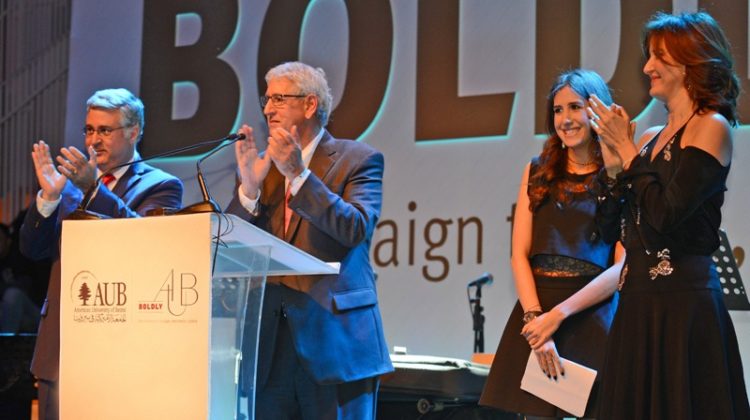 Two years after receiving the largest single donation ($32 million) in its 147-year history donation, the American University of Beirut received this week an even bigger donation presented by the Semaan Foundation.

The amount of money donated was not disclosed as per the donor’s wish, but AUB’s vice president for development, Imad Baalbaki stated that the university has already raised $275 million of its target, not including the donation made by the Semaan foundation and that the “Boldly AUB, the Campaign to Lead, Innovate and Serve” campaign goal was increased from $500 million to $650 million in response to the Semaan Foundation’s gift, as well as another from an undisclosed donor.

The campaign’s aim is to “support university advancement with ambitious initiatives to lead, innovate and serve the region and beyond”. Quoting Nour Semaan, “Lebanon can (and should) resume its avant-garde role in the enlightenment and development of the region by contributing to the revolution in technology and modern sciences.”